Ministry Report: Attacks Against Jews On The Rise 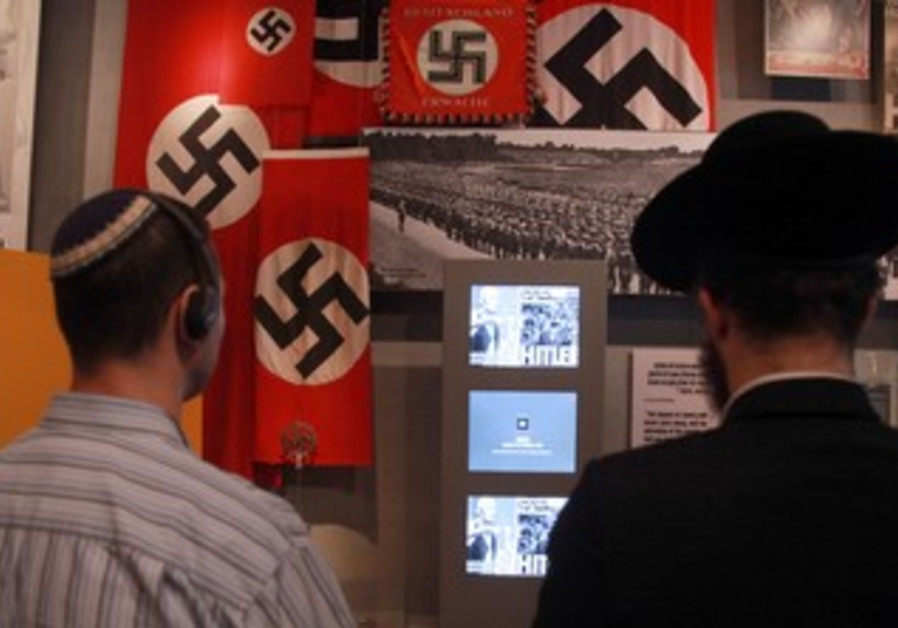 There has been “an alarming rise in the number of attacks against Jewish targets” over the past year, according to a new report issued by the Public Diplomacy and Diaspora Affairs Ministry on Sunday.

The 2012 report on anti-Semitism, which was presented to Prime Minister Binyamin Netanyahu by Public Diplomacy and Diaspora Affairs Minister Yuli Edelstein during Sunday’s cabinet meeting, indicated that the confluence of extreme rightwing political movements and Islamic radicalism have been responsible for a new wave of anti-Jewish sentiment in Europe.

The report’s release was timed to coincide with the commemoration of International Holocaust Remembrance Day on Sunday.

Based on data collected by the Kantor Center for the Study of Contemporary European Jewry at Tel Aviv University, Edelstein noted that “the main conclusion emerging from the document… is that compared to 2011, there was an escalation in violent incidents against Jews around the world.”

While the claimed surge in anti-Semitic incidents is connected to incitement against Israel, the report admitted, it also claimed that there was no direct correlation between any specific actions or policies taken by the State of Israel and the rising violence.

The report noted that, “contrary to expectations,” the level of anti-Semitic incidents did not spike after last year’s Operation Pillar of Defense in Gaza, as it did after 2009’s Cast Lead incursion.

Edelstein also noted that a “preliminary analysis of trends” indicates that Israeli policy “does not constitute the main incentive for anti- Semitic actions against Jews.”

Delegitimization of Israel does play a role in fueling anti-Jewish activity, he said, but “Israeli policies will not affect or reduce these effects of racial hatred against Jews.”

The worst increase in anti- Semitism was seen in Western Europe, according to the report, which listed a number of incidents in France and Germany, including the bombing of a grocery store in Sarcelles, France and the shooting deaths of four Jews at the Otsar HaTorah religious school in Toulouse.

Many synagogues in France are now surrounded by high concrete walls and receive special police security details on major holidays. It is also common for Jews in many French cities to remove their kippot for safety reasons when walking outside.

The ministry’s report also detailed the rise of anti-Semitic political movements in eastern and southern Europe, including the Golden Dawn party in Greece and the Jobbik party in Hungary. Most anti-Semitic incidents, it claimed, were either motivated by far-right political ideologies or by those affiliated with radical Islam.

Figures published by the French Jewish communal organization SPCJ – Service de Protection de la Communauté Juive – in October, the report further noted, show that the number of incidents that occurred in France in 2011 was 45 percent higher than in the previous year.

Edelstein also said that anti- Semitic conspiracy theories have found fertile ground online and that Arab anti-Semitism remains prominent, although it has not seen a marked increase.

A 2011 paper on anti-Semitism produced by the Kantor Center stated that while there was an increase in the intensity of violent incidents against Jews in 2011, the total number of such events worldwide during that year fell from 614 to 446.

The report said France was the leading country for anti-Semitic incidents with 114 reported in 2011, followed closely by the UK with 105. Canada and Australia reported 68 and 30, respectively.

Dina Porat, head of the Kantor Center and the chief historian at Yad Vashem, noted that “there was in 2012 – compared to 2011 and 2010, which were two years in which we witnessed quite a substantial decline – a rise [in anti-Semitism], but I’d like emphasize that we in the Kantor Center have not yet summarized the actual figures.”

These figures, she said, will be published prior to Israel’s Holocaust Remembrance Day in April.

“It is not about numbers, but about tendencies,” she told The Jerusalem Post.

“We can see that that even though we don’t have the actual, summed-up figures, we do see that there is a rise.”

In tracking anti-Semitism over a period of years, Porat noted, she has seen that “the rise and decline of anti-Semitism is mainly connected to problems within Europe.”

Anti-Semitic incidents in Western and Central Europe, she said, “are not necessarily [connected] to the Middle East or to the Palestinian-Israel conflict or to Israel’s conduct. They emanate from political, social and economic problems.”

In response to the report by the Public Diplomacy and Diaspora Affairs Ministry, European Jewish Congress President Dr. Moshe Kantor stated that “anti- Semitism in Europe is reaching a tipping point, where certain Jewish communities on the European continent are in danger.

We are also gravely concerned that the political rise of neo-Nazi parties in Europe has given racists and anti-Semites a certain level of impunity. This coupled with the rise of anti- Israel delegitimization on the Left, and among extreme Muslim communities, is creating an explosive cocktail for European Jews.”

The EJC, he stated, is working to formulate “a plan with senior EU and European officials to increase education, policing and action to stem the rise of hatred against the Jews.”

After being briefed on the report, Netanyahu told his cabinet that, “In the perspective of the almost 75 years that have passed since the Holocaust, what has not changed is the desire to annihilate the Jews.”

What has changed, he noted, was the “ability of the Jews to defend themselves.”

The prime minister also asserted that “nobody will defend the Jews if they are not ready to defend themselves; this is another lesson of the Holocaust.

It is impossible to rely on separate and independent action to defend the Jews if the Jews will not defend themselves.”

Referring to Iran, Netanyahu stated that “the root of the issue today, International Holocaust Remembrance Day, is not what happened, but how we can prevent it from happening again.

This depends on the ability and the determination of the state of the Jews to defend itself against those who would destroy it.”