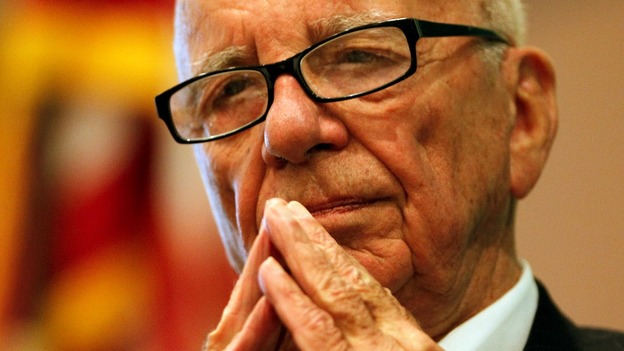 News Corp Chairman and CEO Rupert Murdoch has apologised for a Sunday Times cartoon that drew harsh criticism from Jewish groups for its depiction of Israeli Prime Minister Benjamin Netanyahu.

Gerald Scarfe has never reflected the opinions of the Sunday Times. Nevertheless, we owe major apology for grotesque, offensive cartoon. FROM @RUPERTMURDOCH ON TWITTER: (about 11 hours ago)

The cartoon depicts Prime Minister Netanyahu paving a wall with the blood and limbs of Palestinians. The caption reads: Israeli elections – will cementing peace continue?

The cartoon, by Gerald Scarfe, was published on International Holocaust Remembrance Day.

The Board of Deputies of British Jews, an elected group representing Jewish people in the UK, said it had complained to the Press Complaints Commission about the cartoon published on Sunday.

The image has caused outrage in Israel. The parliament’s speaker Reuven Rivlin wrote to his British counterpart John Bercow to complain, according to local media reports. He said:

For the people of Israel, this is a cartoon which recalls the dark journalism from one of humankind’s darkest periods,

European Jewish Congress President Moshe Kantor said the cartoon was “sickening” and demanded an apology. He told the World Jewish Congress: This cartoon would be offensive at any time of the year, but to publish it on International Holocaust Remembrance Day is sickening and expresses a deeply troubling mindset. This insensitivity demands an immediate apology from both the cartoonist and the paper’s editors.

Sunday Times editor Martin Ivens defended the cartoon, telling the Jerusalem Post insulting the memory of Holocaust victims was the “last thing I or anyone connected with the Sunday Times would countenance.”

The Sunday Times released a statement saying the timing of the cartoon was because of the recent election.

This is a typically robust cartoon by Gerald Scarfe. It is aimed squarely at Mr Netanyahu and his policies, not at Israel, let alone at Jewish people. It appeared yesterday because Mr Netanyahu won the Israeli election last week.

Tony Blair expressed his “sharp reservations” about the content and timing of the cartoon, according to the Israeli Prime Minister’s office.