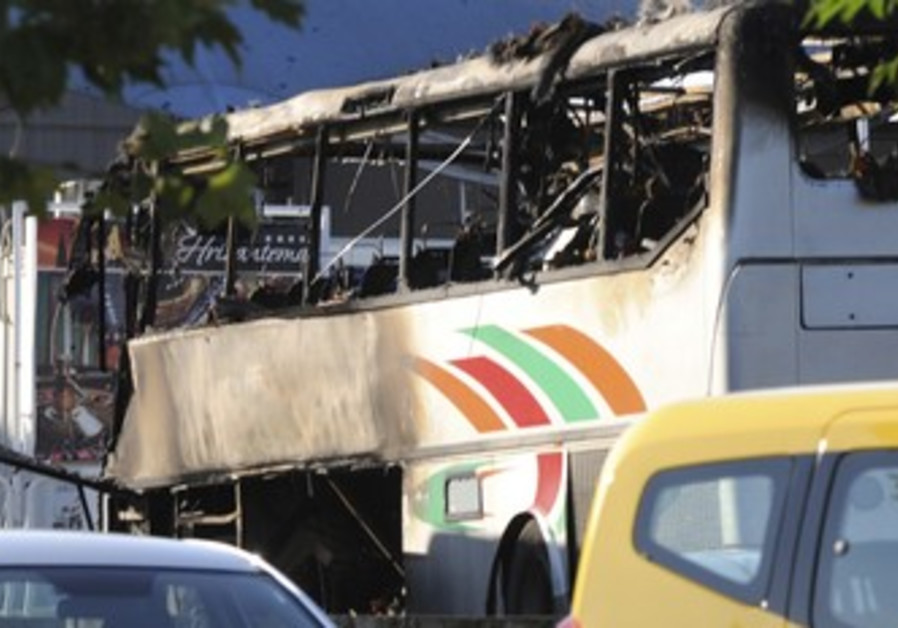 In his many years of service for France’s spy agency, Claude Moniquet has seen much evidence linking Hezbollah to terrorist-related activities in Europe and beyond.

The attacks, says Moniquet, a 20-year veteran of the DGSE intelligence service, go back as far as 1983, to the bombing of military barracks in Beirut that killed nearly 300 people, including 58 French soldiers.

So Moniquet believes that Bulgaria’s announcement this week that it concluded Hezbollah was behind the July 18 bombing that killed five Israeli tourists and a Bulgarian national at the Burgas airport won’t necessarily lead European leaders to join the United States in branding the Lebanese group as a terrorist organization.

“Hezbollah is part of Lebanon’s government,” said Moniquet, the founder of the European Strategic Intelligence and Security Center, a Brussels-based think tank. “Calling it terrorist would limit France’s ties with Beirut and put French targets and personnel in Lebanon at risk of retaliation. The Bulgarian report doesn’t alter this realpolitik. There were always plenty of smoking guns.”

Bulgarian Foreign Minister Tsvetan Tsvetanov told reporters Tuesday that the attack in the Black Sea city last summer was financed by Hezbollah and carried out by at least two members of the group’s military wing – one carrying an Australian passport, the other a Canadian one.

The results of the Bulgarian investigation led some to speculate that the European Union, unable to ignore an attack on the soil of a member state, would be compelled to designate the group a terrorist organization, a move with potentially wide-reaching implications for Hezbollah’s ability to raise money on the continent. But European officials thus far have been noncommittal.

Catherine Ashton, the EU’s foreign policy chief, took “note of the results of the investigation,” adding that it required further “reflection.” And the union’s top counterterrorism official, Gilles de Kerchove, told a Belgian news agency that being behind a terrorist attack did not automatically result in a terrorist designation.

“It’s not only the legal requirement you have to take into consideration, it’s also a political assessment of the context and the timing,” de Kerchove said.

While the refusal to designate Hezbollah a terrorist group is widespread in Europe, France is considered to be a major impediment to any changes. Lebanon is a former French colony, many French soldiers serve in the country under U.N. auspices, and there is extensive trade and cultural exchange between the two countries.

Ronald Lauder, president of the World Jewish Congress, said he would use an already scheduled meeting this week with French President President Francois Hollande to press him on the issue.

Hezbollah already is considered a terrorist group by the United States, Australia, Canada and Israel. The Netherlands, alone among European countries, declared in 2008 that it considered Hezbollah to be a terrorist group. The Dutch foreign minister said the Bulgarian investigation proves its decision is correct and called on fellow E.U. states to reconsider their positions. Britain considers only Hezbollah’s “military wing” a terrorist group.

Israeli Prime Minister Benjamin Netanyahu addressed that distinction in his reaction to the Bulgarian findings, noting that he hoped Europe would finally draw the right conclusions about Hezbollah.

“There is only one Hezbollah, a single organization with the same leadership,” Netanyahu said.

The Bulgarian investigation traced a money trail leading from Hezbollah’s military wing, which perpetrated the attack, to Hezbollah’s leadership in Lebanon. That revelation could make the British distinction between Hezbollah’s political and military activities harder to defend.

“It implicates the much bigger financial structure that facilitated the attack,” said Nuno Wahnon Martins, director of European Affairs at B’nai B’rith. “[It] means Hezbollah’s entire drug-smuggling and money-laundering operations are serving the organization’s terrorist activities.”

Like other Eastern European countries, Bulgaria tends to be more closely aligned with U.S. foreign policy than countries in the West. Moniquet attributed the country’s “courageous” statement this week to precisely that inclination, and to the fact that it has fewer strategic interests in Lebanon.

European Jewish groups recognize the the tangle of interests at play in Europe, but generally have little sympathy for it. European Jewish Congress President Moshe Kantor said the decision to label Hezbollah a terrorist group “should not be subject to political considerations but whether proscribing Hezbollah will hinder its continuing efforts to murder innocent civilians.”

Analysts say a European lifeline is crucial for Hezbollah, which holds several seats in the Lebanese parliament. Wim Kortenoeven, a former Dutch lawmaker and author of a book on Hamas, says Europe is Hezbollah’s “money laundromat and piggy bank.”

David Suurland, a lecturer at Leiden University’s school of law and an expert on radical Islam, believes the Bulgarian report can be used by jurists to force the E.U. into severing ties with Hezbollah-affiliated bodies, including the Lebanese government. This, in turn, could remove incentives to shield the terrorist group from being labeled as such, Suurland said, since it would violate a number of international treaties.

It also would violate the 2002 bilateral trade agreement between Europe and Lebanon. Article 2 of the pact states that the relationship is “based on democratic principles and fundamental human rights” — not Hezbollah’s forte, Kortenoeven says.