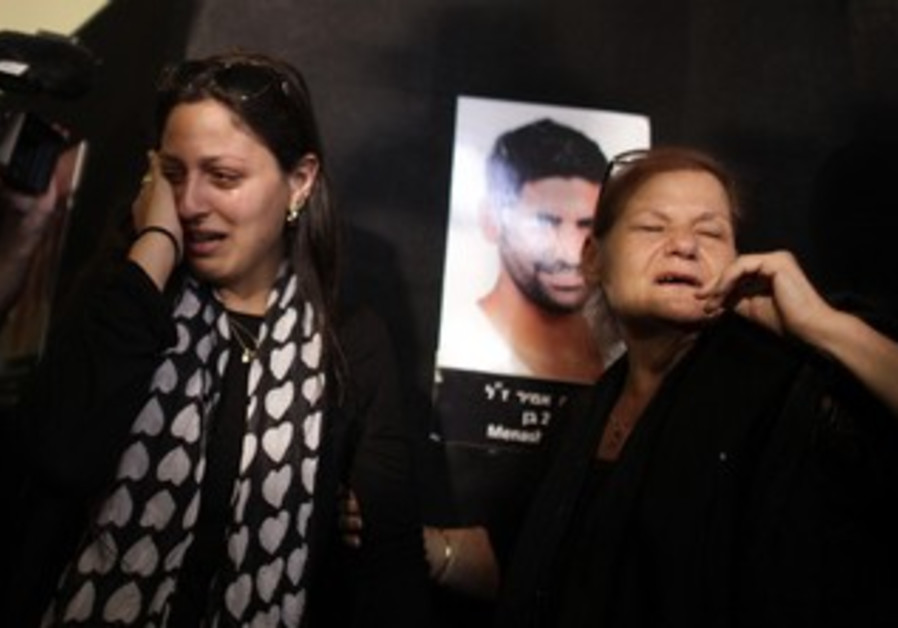 He spoke with reporters as he walked into a meeting of his counterparts in Brussels to brief them on an initial investigative Bulgarian report that blamed the terrorist group for the bombing last July that killed five Israeli tourists and a Bulgarian bus driver outside his country’s Burgas airport.

“We believe the attack that happened in Burgas last year was organized by people connected to the military wing of Hezbollah,” Mladenov said.

“We in Europe need to take collective measures to make sure that such attacks will never happen again on EU soil, that we are protected as the EU,” he continued.

“We must send a strong message to the rest of the world, that activities like this are unacceptable, no matter where they are planned or executed.”

Mladenov seemed puzzled when a reporter asked if Israel or the United States had pressured the Bulgarian government to target Hezbollah.

“Nobody has an interest in putting pressure on us,” he said. “We came to these conclusions because of our own investigation, and we stand firmly behind them.”

Israel and the US have asked Europe to take a stronger stand against Hezbollah, including putting it on a list of terrorist organizations.

But to date, the EU has made only lukewarm statements about the organization and its link to a terrorist attack in Bulgaria, which is one of the 27 EU nations.

In the wake of the report, EU foreign policy chief Catherine Ashton said only that the matter should be studied.

As she walked into the council meeting Monday morning, the bulk of which was scheduled to deal with Syria, she said that she would listen carefully to what Bulgaria had to say.

The EU foreign ministers did not issue a statement on Hezbollah once their meeting adjourned.

A bipartisan group of 111 members of the US Congress sent a letter to Ashton and the EU on Monday urging the body to designate Hezbollah as a terrorist organization.

Members also sent a letter of solidarity to Bulgarian Interior Minister Tsvetan Tsvetanov as he continues his investigation into Hezbollah’s links to the bombing.

“We fear that failure to add Hezbollah to the terror list will allow, perhaps even encourage, the terror organization to exploit the lack of unity in the European Union member states, and attempt to launch additional attacks on civilians,” stated the congressmen’s letter to Ashton.

They were referring to different policies toward Hezbollah adopted by various European countries.

The letter also warned that “if Hezbollah’s ability to maintain fund-raising networks in Europe remains intact, this threatens to undermine the European Union’s significant efforts toward Middle East peace.”

The authors noted that their letter on Monday follows up on a similar call made in the fall of last year, after the bombing but before evidence had been presented that Hezbollah was behind the attack.

“There is now a clear imperative for action,” the letter maintained. “Hezbollah’s actions in Europe must be met with a response to prevent further attacks in Europe and around the world.”

“Calling Hezbollah what it is – a terrorist organization – is long overdue, but it’s better late than never,” said Democratic Rep. Henry Waxman of California, one of the chief sponsors of the EU letter.

“This designation could help cripple Hezbollah’s operations in Europe and around the world, making it more difficult for them to sow instability and target innocent people.”

“They must disrupt its operational networks, stop flows of financial assistance to the group, crack down on Hezbollah- linked criminal enterprises and condemn the organization’s leaders for their continued pursuit of terrorism.”

He applauded European countries that have already condemned Hezbollah for the bombing, but continued, “Europe must now act collectively and respond resolutely to this attack within its borders by adding Hezbollah to the European Union’s terrorist list.”

“That is the next step toward ensuring that Burgas is the last successful Hezbollah operation on European soil,” Donilon stressed.

Members of Congress and multiple US administrations have called on the EU to designate Hezbollah as a terrorist group. American officials are hoping that evidence that the group perpetrated an attack on European soil will make the EU more willing to add it to its blacklist.

European Jewish Congress president Moshe Kantor said he was disappointed by the EU’s failure to take a stand against Hezbollah.

“It is very hard to find any reason other than the fact that this issue has been inexcusably politicized,” he said.

“A terrorist attack took place on European soil and the brazen perpetrators are being ignored. This sends a very worrying signal to global terrorist groups that they will be able to act with immunity and impunity.”