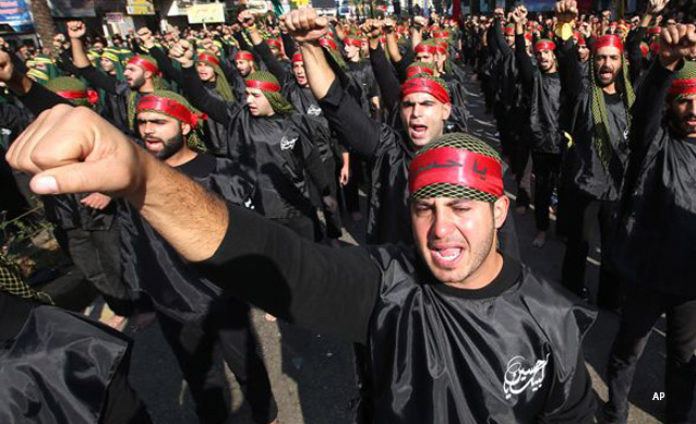 European Jewish Congress President Moshe Kantor said he was “deeply disappointed” that the EU Foreign Ministers failed to label Hezbollah a terrorist group in the wake of the recent confirmation that the Lebanon-based group was involved in the bus bombing which killed six people in Burgas, Bulgaria, in July 2012.

“It is deeply disappointing and inexplicable that the EU Foreign Affairs Council is continuing to prevaricate over a decision proscribing Hezbollah particularly since the Bulgarian government confirmed evidence proving Hezbollah was behind the murderous terror attacks which took place in Burgas during July last year,” Kantor said in a statement.

“It is very hard to find any reason other than the fact that this issue has been inexcusably politicized,” he added.

“A terrorist attack took place on European soil and the brazen perpetrators are being ignored. This sends a very worrying signal to global terrorist groups that they will be able to act with immunity and impunity.”

During a Council meeting in Brussels, Bulgarian Foreign Minister Nikolay Mladenov presented the results of the investigation into the Burgas bus bombing.

Only two EU countries currenly label Hezbollah a terrorist organization—Britain and UK and the Netherlands.

The UK blacklists only the military wing of the Shiite organization despite its own claims that there are no differences between the military, political and social wings of Hezbollah.

“While the foreign ministers were clear in their condemnation of the violence in Syria, they once again ignored the clear involvement of Iran and its terrorist client Hezbollah in the regional conflict which they are all too willing to spread on to the European continent,” Kantor said.

“This sends a very troubling message to those seeking peace and democracy in the region and once again casts doubt on the important role of the European Union in the Middle East peace process.” The” EJC called on the EU “to immediately and unequivocally add Hezbollah to the list of proscribed terrorist organizations.”

“Peace will only arrive in the region when its people feel safe from terror and terrorist organizations are prevented from their actions to randomly murder citizens both in Europe and in the Middle East,” Kantor said.