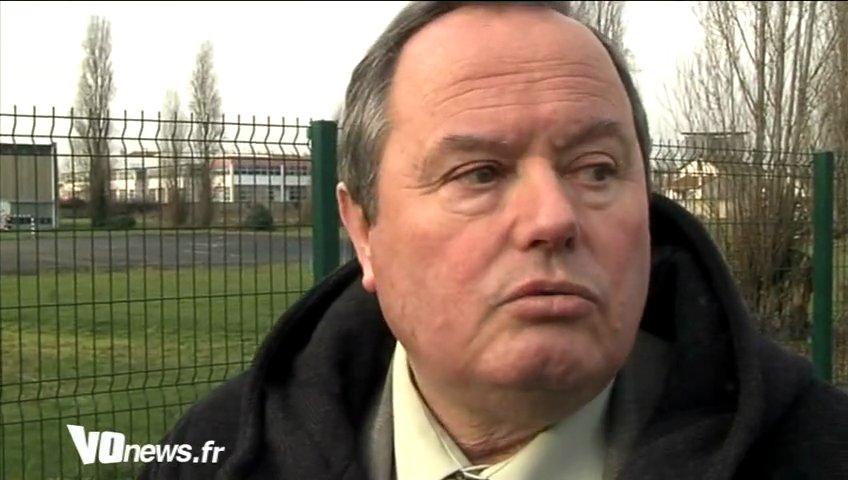 Dominique Lesparre is a Communist. He’s also the mayor of Bezons and with the country in an economic crisis, he used his authority to bestow honorary citizenship on the murderer of a former Israeli tourism minister.

Majdi Rahima Rimawi headed the PFLP terrorist team that murdered the 76-year-old Tourism Minister Rehavam Ze’evi who was having breakfast with his wife in a hotel. And he also acted as getaway driver during that October 2001 attack.

Rimawi was captured five years later and claimed in his defense that Israel had no authority to try him because the murder had been carried out in East Jerusalem. That defense proved unconvincing and Majdi Rahima Rimawi was sentenced to 105 years in jail.

In February, Mayor Dominique Lesparre gave a speech calling Rimawi a “victim” and put up a plaque describing him as a “political prisoner.”

By Communist standards going to jail for shooting someone for political reasons does qualify you as a political prisoner, but that’s not the standard in normal civil society.

The President of the ECJ, Moshe Kantor, said that, “It is inconceivable that an elected official can be so ignorant as to call a cold-blooded murderer a victim.” But Dominique Lesparre defended his decision, saying it was part of a process of “wider” support for the Palestinian cause.

On his site, Lesparre described Rimawi as being “jailed for 10 years for taking part with his people in the struggle to resist the occupation of their country.” There is no mention of murdering a 76 year old man in a hotel.

Instead Lesparre blandly claims, “For these acts of resistance, he was jailed in 2002 for life + 80 years.” And not stopping there, Dominique Lesparre went on to praise all terrorists, included the murderers of unarmed women and children, in Israeli jails, as being “imprisoned for daring to defend their country.”

And Mayor Dominique Lesparre added that it is “urgent” to secure the release of the murderer of a 76-year-old man who was having breakfast with his wife.

“We ask the President of the Republic, the Prime Minister and the Minister of Foreign Affairs, to make every effort to facilitate his release, and those of his comrades,” Lesparre said.

As a member of the French Communist Party, Lesparre’s support for the PFLP is not surprising. And considering his political ambitions and France’s growing Muslim population, the normalization of political support for terrorism is to be expected.

Terrorism is widely accepted in the Muslim world. As France becomes more Muslim, it will also become more pro-terrorist. The cycle can only be reversed by ending further immigration to France.