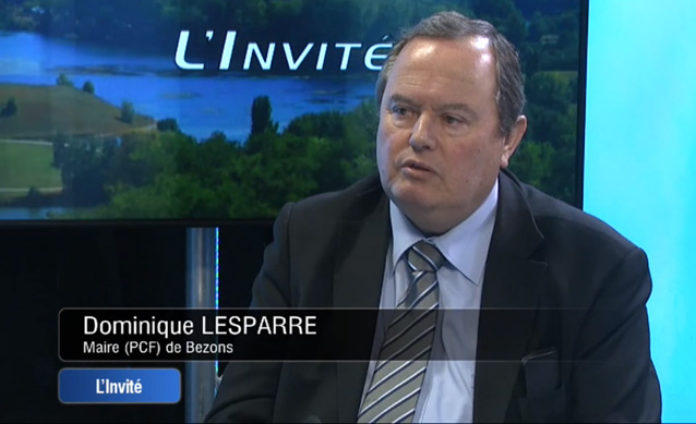 The European Jewish Congress (EJC) reacted with outrage to the news that a Paris suburb city has awarded honorary citizenship to the Palestinian murderer of an Israeli minister.

EJC President Moshe Kantor described the move to honour Majdi Rimawi, who plotted the murder of Israeli Tourism Minister Rehavam Ze’evi in 2001, with citizenship of Bezons as “outrageous and horrific”.

In a statement issued on the first anniversary of the murder of four Jews in Toulouse by Islamist gunman Mohamed Merah, he added that the decision “demonstrates that murder and terrorism are being glorified when it should be condemned in all forms”.

The municipality of Bezons near Paris, which is home to some 28,000 people, confirmed that a council meeting attended by 200 people on February 13 conferred the honour on Rimawi in a gesture of “solidarity with the Palestinian people, who have been without a state for 65 years and who lands have been occupied by Israel”. The ceremony followed an earlier meeting between representatives of the municipality and Palestinian prisoners in Israeli jails.

French dialy Le Parisien reported that Bezons has a sister agreement in place with the Palestinian village of Qarawat Bani Zeid, home to Rimawi’s family. In a published speech from the ceremony, the town’s Communist Party mayor Dominique Lesparre said Rimadi had “participated in the intifada, the struggle against the State of Israel’s violence”, in perpetrating what he characterised as an act of “defiance”.

Responding to the charge, Kantor insisted it was “inconceivable that an elected figure can be so ignorant to call a cold-blooded murderer a victim”. “This is the kind of ignorance which leads to people like Mohammed Merah perpetrating the murder of children because they are Jewish. This type of glorification of murder is sending a very ominous message to the next Merah,” he added.

“This honour for terror dishonours Bezons and shame its mayor,” he concluded.

Official literature distributed by the municipality further insisted that the imprisoned Rimadi’s “only crime in defending his city and homeland, and demanding adherence to international law and recognition of Palestine within the 1967 borders”. The convicted murder has so far served 10 of his 80 year prison sentence.

Rimadi’s wife, son and daughter reportedy attended the ceremony, which was held in the face of protests from city council member and right-wing UMP party member (former President Nicolas Sarkozy’s party) Olivier Regis, who accused the mayor of having “turned the council meeting into a political event”.

On Sunday, the Imam of Drancy, Hassen Chalghoumi, told visiting Israeli President Shimon Peres that “we Muslims are victims like the Jews, of the same extremist who went on a journey of murder, who took the lives of children”, in a reference to the killings in a Jewish school by a radical Islamist in March 2012. “We are here to say to our brothers the Jews and the French: We are all threatened by terror, hurt by terror and we all call with optimism for peace at the end of this terrible year,” he added.

Of the conflation of the Middle East conflict with anti-Semitism in Europe, the Imam, who himself led a delegation of 17 Muslim leaders to Jerusalem earlier this year, said: The Israeli-Palestinian conflict is not an excuse to hate the State of Israel – we are not interested in that hate and do not believe in it. We visited Israel and saw the country; we want to know Israel as it really is and to get to know people from different perspectives.”