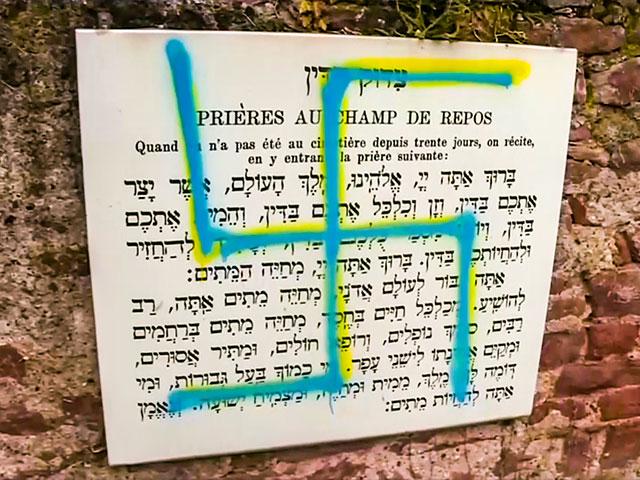 The annual report by Tel Aviv University’s Kantor Center for the Study of Contemporary European Jewry showed the sharpest rise of anti-Semitic incidents among Islamists and extreme right-wing political groups.

The study cited three factors that played into rising anti-Semitic incidents: the growing economic instability in Europe, especially in Greece, Spain and Italy; the rise of extreme-right-wing ideology in such countries as Hungary, the Ukraine and Greece; and the widespread condemnation of Israel’s response last November to daily rocket barrages on southern Israeli communities.

“Europe is in the midst of a financial crisis, which always has been a comfortable ground for fascist and anti-Semitic ideas to bloom,” Rabbi Margolin explained.

According to the report, French Jews experienced a 58 percent rise in anti-Semitic incidents following the assault in March on a Jewish day school in Toulouse. An Islamist gunmen killed 30-year-old Rabbi Yonatan Sandler and his two sons, Arieh, 6, and Gabriel, 3, before murdering 8-year-old Miriam Monsonego, the principal’s daughter.

The report also noted an increase in anti-Semitic attacks worldwide following Israel’s eight-day military incursion into the Gaza Strip to stop daily rocket attacks emanating from Hamas and other Islamic groups in Gaza.

Meanwhile, Jewish communities in Poland, Greece, Ukraine and Hungary were subjected to vandalism against synagogues, schools, Holocaust memorials, cemeteries and the like.

There were increasing incidents of harassment and violence in the streets, especially near synagogues and Jewish schools, some involving weapons and direct threats on people’s lives.