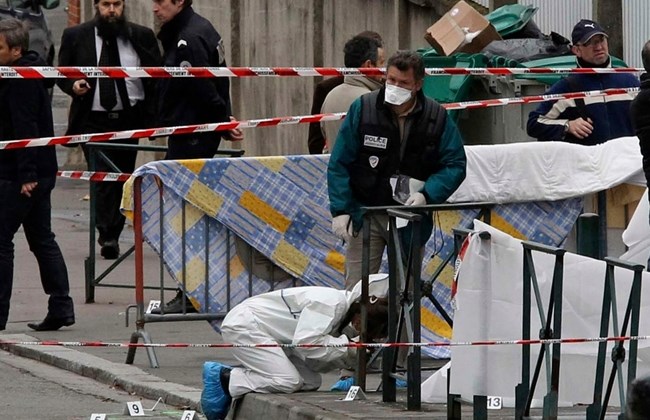 Israeli researchers and Jewish leaders on Sunday reported a 30 percent jump in anti-Semitic violence and vandalism last year, topped by a deadly school shooting in France, and expressed alarm about the rise of far-right parties in Hungary, Greece and other countries.

Following a two-year decline in the figures, the annual report on worldwide anti-Semitic incidents recorded 686 attacks in 34 countries, ranging from physical violence to vandalism of synagogues and cemeteries, compared to 526 in 2011. The report was issued at Tel Aviv University, in cooperation with the European Jewish Congress, an umbrella group representing Jewish communities across Europe.

The report linked the March 2012 shooting at a Jewish school in Toulouse, where an extremist Muslim gunman killed four, to a series of copycat attacks, particularly in France, where physical assaults on Jews almost doubled.

Researchers who presented the report at the university on Sunday said they had also found a direct correlation between the strengthening of extreme right-wing parties in some European countries and high levels of anti-Semitic incidents, as well as attacks on other minorities and immigrants.

They said Europe’s economic crisis was fueling the success of parties like Jobbik in Hungary, Golden Dawn in Greece and Svoboda in Ukraine.

Moshe Kantor, the president of the European Jewish Congress, called for strong action by the European Union, charging that governments – particularly Hungary – were not doing enough to curb these parties’ activities and protect minorities.

“Neo-Nazis have been once again legalized in Europe, they are openly sitting in parliaments,” said Moshe Kantor, the president of the European Jewish Congress.

Golden Dawn swept into Greece’s parliament for the first time in June on an anti-immigrant platform. The party rejects the neo-Nazi label but is fond of Nazi literature and references. In Hungary, a Jobbik lawmaker has called for Jews to be screened as potential security risks. The leader of Ukraine’s Svoboda denies his party is anti-Semitic but has repeatedly used derogatory terms to refer to Jews.

The report by the university’s Center for the Study of Contemporary European Jewry found little correlation between the increase of anti-Semitic attacks and Israel’s military operation in Gaza in November. While there was a spike in incidents at the time, it was much smaller in number and intensity than the one that followed the Toulouse attack, said Roni Stauber, the chief researcher on the project.

“This shows that the desire to harm Jews is deeply rooted among extremist Muslims and right-wingers, regardless of events in the Middle East,” he said.

The release of the report was timed to coincide with Israel’s Holocaust Remembrance Day, which was starting Sunday at sundown.