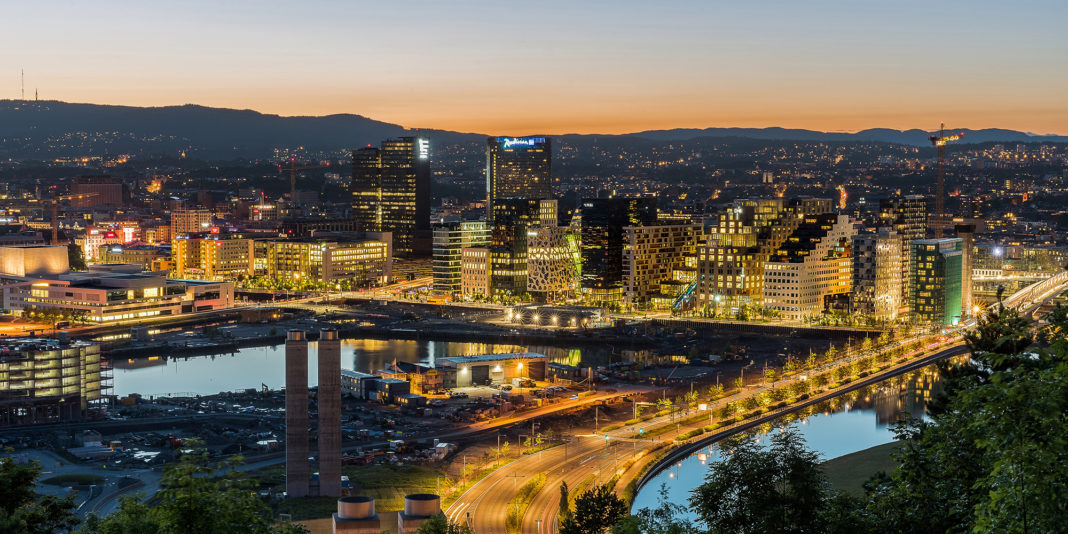 The European Jewish Congress (EJC) announced Thursday it was considering taking legal action against the Norwegian publishers of a cartoon depicting religious circumcision, after its President Moshe Kantor denounced the etching for recalling “one by one all the major historical anti-Semitic motifs, the type of which incited attacks and even the mass murder of Jews in the past”.

The cartoon, which featured in the daily Dagbladet Tuesday, showed a child being stabbed in the head by a visibly Jewish religious figure carrying a devil’s pitchfork, while another character is positioned cutting off a toe as a mother holds a religious tome dripping in blood.

The mother is pictured apparently defending her right to choose to religiously circumcise her child, as she tells an investigating policeman: “Mistreating? No, this is tradition, an important part of our belief!” The policeman responds: “Belief? Oh yes, then it is all right.”

“This cartoon has crossed all lines of decency and is dripping with hate and anti-Semitism,” concluded Kantor as he admitted the EJC was now “studying the possibility that this legally constitutes incitement to hatred and even a hate-crime and will require legal action if this proves to be the case”.

Invoking the recent spate of hate crimes against European Jewish communities, particularly in the domain of far-right political parties, he asserted that “this type of hate, reminiscent of Nazi propaganda, cannot be left unanswered”, and might be answerable to laws against hate designed “because modern society understands the connection between incitement and violence”.

Continuing the charge from global Jewish groups outraged by this latest controversy, the Anti-Defamation League (ADL) described the cartoon as “deeply offensive and appalling” in an official statement Wednesday.

According to ADL National Director Abraham H. Foxman, the cartoon constitutes an “appalling distortion of a core Jewish ritual”. “In no way can this sickening cartoon be justified as an acceptable graphic representation in support for the campaign to legislatively restrict ritual circumcision, which unfortunately has gained some traction in Europe,” he added, as he called for an apology from the newspaper’s editors and a public denouncement by Norwegian politicians.

Last year, a landmark ruling by a Cologne federal court threatening the future of religious circumcision in Germany sparked fears for its continued practice in neighbouring Scandinavian country Denmark. Danish Socialist MP Jorgen Arbo-Baehr of the Enhedslisten Party called on the Danish parliament to explore implementing a ban, insisting “people should decide for themselves whether or not they want to be circumcised” last August.

Debate had previously been ignited in Denmark over the supposed risks posed by the ritual after a 2003 government-commissioned report by the Children’s Ombudsman denounced the practice as a violation of children’s rights, with media accounts of bad practice and mutilation reaching fever pitch in the aftermath of the Cologne ruling, which has since been clarified by German parliament to preserve the practice.

Danish Chief Rabbi Bent Lexner slammed talk of a ban, telling daily Kristeligt Dagblad it would be “equivalent to saying to those that have practiced Judaism in Denmark for 400 years that they may as well leave”.

It was also feared that any official move to ban circumcision in Denmark could cause a domino effect in neighbouring Sweden, Finland and Norway. Norwegian and Finnish government bodies have similarly classified the practice of circumcision as a violation, and Norway’s tiny Jewish community of 700 have sought to lobby for legislation mirroring that of Sweden, where the government rejected n outright ban on the practice in favour of a special exception for the Jewish community ruling rule that all Jewish practitioners must hold a license from the country’s health board and all circumcisions by religious practitioners, or mohels, must be performed in the presence of a qualified nurse or doctor.