E.U. Bans All Deals With Settlements 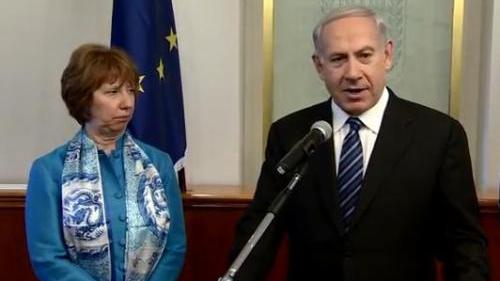 The European Union has announced that all of its 28 member states are forbidden from giving “funding, co-operation, and the granting of scholarships, research grants and prizes” to groups and individuals in the West Bank or East Jerusalem.

The directive, which was released on June 30 and takes effect this Friday, also stipulates that the West Bank and East Jerusalem are not part of the state of Israel and any agreement between EU countries and Israel will exclude the settlements.

An EU senior official said: “Until today, there were understandings and quiet agreements that the Union does not work beyond the Green Line; now this has become a formal, binding policy.”

An Israeli official commented: “We are not ready to sign on this clause in our agreements with the European Union. We can say this to the Europeans, but the result could be a halt to all co-operation in economics, science, culture, sports and academia. This would cause severe damage to Israel.”

European Jewish Congress president Moshe Kantor has criticised the EU’s directive as being “a severe detachment from reality.”

He said: “On the eve of another visit to the region by US Secretary of State John Kerry in the hope of restarting negotiations, some in the EU have decided that now is a good time to throw a spanner in the works and inflame tensions between the parties… Additionally, while there is massive political and social instability and thousands being murdered all across the Middle East, the fact that this is where the EU chooses to display a show of strength indicates that there is a severe detachment from reality.”