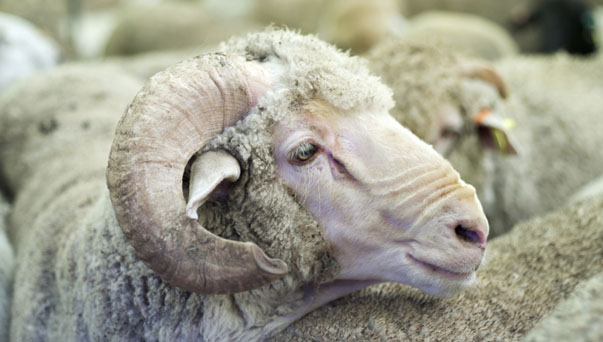 European Jewish Congress, the Polish Jewish community and the Conference of European Rabbis are lobbying Polish government to reverse decision.

Major European Jewish organizations have started to fight the ban on kosher slaughter in Poland, after the country’s parliament decided last week to leave intact the prohibition on killing animals for meat without first stunning them, which affects both Jewish and Muslim religious slaughter.

The European Jewish Congress, the Polish Jewish community and the Conference of European Rabbis are lobbying the Polish government and selected MPs of EU member states in an effort to reverse the decision, or at least make exceptions for religious purposes. Representatives of these organizations are scheduled to meet tomorrow in Brussels to discuss the course of the struggle.

Following these talks, Margolin noted that he got a positive response from many of the EU Parliament members with whom he spoke, adding that some said the Polish Parliament’s decision contravened the Polish constitution.

In a letter Margolin sent to the Polish President Bronislaw Komorowski and Polish parliament speaker Ewa Kopacz, he urged them to change the legislation. “Kosher slaughter has been proven scientifically to be a method that is not any crueler than other slaughter methods, as it is sometimes portrayed by anti-Semitic organizations throughout world, and it is essential to maintaining a Jewish lifestyle,” he wrote.

In a statement the EJA issued to the media, Margolin was quoted as saying, “The ban on kosher slaughter constitutes a return to the dark days of the exclusion of Jews in Poland. This is a reality that we simply cannot accept, especially not in Poland, whose soil is strewn with the blood and ashes of so many Jews.”

He said that when the Polish Parliament returns from its summer recess, the EJA would send representatives on the matter. Meanwhile, the Rabbinical Center of Europe has been setting up meetings with the Polish ambassadors of their respective countries to protest the decision.

European Jewish Congress president Moshe Kantor said, “The decision undermines the ability to conduct Jewish life in Poland and thus contravenes the European Union’s principles of religious freedom. The decision to prevent Jews from observing their commandments, in a country that witnessed the destruction of almost all its Jewish population, is shocking.” Kantor called on the Polish government to review the legislation and promised to use all political and legal means to prevent what he called “an attack on our most basic rights.”

Poland’s Chief Rabbi Michael Shudrich told Polish media that he could not continue in his current role given these restrictions. The chief mufti of Poland, Tomasz Miskiewicz, said, “This is not only a slap in our faces, but above all to the Polish constitution, which must ensure the right to religious worship for all citizens. This is not democracy, but a blow to the principles of mutual respect and tolerance, and it encourages nationalism and racism, which deepens disputes in society and opens wounds that had healed.”

Kosher slaughter was suspended in Poland in December, following a ruling by the Constitutional Court on a lawsuit filed by animal rights activists. They claimed kosher slaughter is not humane because the animal is slaughtered while conscious, which violates the 1997 Animal Protection Law, which states that animals should be unconscious during slaughtering. In 2004, in response to pressure from religious groups, the Polish agriculture minister had issued a decree that exempted religious slaughter for Jews and Muslims, and it was this decree the animal rights activists were petitioning against.

Hagai Hacohen from the Voice of Poland radio station explained that the Constitutional Court refrained from determining whether ritual slaughter is humane or not, but stated that a government minister has no authority to override a law enacted by Parliament on his own.

The current struggle began when the Polish parliament last Friday rejected a government bill designed to specifically allow kosher slaughter to continue. Many members of the ruling party voted against the bill, thwarting the efforts of Polish Prime Minister Donald Tusk to pass the law. Polish Agriculture Minister Stanislaw Kalemba, who supports allowing ritual slaughter, said, “My opinion is clear. To preserve traditions, customs, and culture, this law must be passed, to establish that [kosher] slaughter is part of the right to observe religious ritual.”