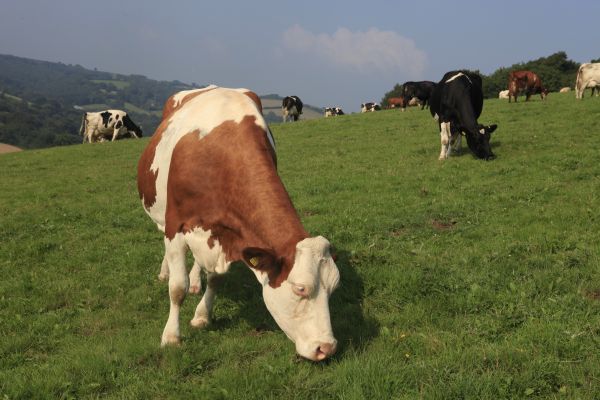 Rabbi Menachem Margolin, Director General of the Brussels-based European Jewish Association (EJA), on Thursday thanked the Seimas, the Lithuanian parliament, for passing a bill aimed at preventing that kosher slaughter be outlawed in the country.

“I truly hope that the passing of this important bill in Lithuania, the country that currently chairs the European Union, will lead other European countries, like Poland, to follow suit,’’ he said in a statement, in a reference to the ban in Poland of religious slaughter after the Polish Constitutional Court deemed it incompatible with animal rights legislation.

The bill on kosher slaughter, submitted by Lithuanian MP Vytautas Gapsys, of the ruling Labor party, was approved by 51 lawmakers in the 141-seat parliament. Two MPs voted against and seven abstained.

The bill requires that the animals must be slaughtered while conscious, according to certain religious beliefs. Muslim and Jewish religious laws require animals to be conscious at the time of their slaughte.

Until now, Lithuania allowed religious slaughter without prior stunning but under certain conditions.

“We have not seen limitations imposed and we are pleased with that,” said Faina Kulkiansky, a leader of the Jewish Community of Lithuania.

Jews settled in Vilnius in the 16th century and accounted for around one third of its population before World War II. The Lithuanian capital was once a thriving Jewish cultural hub, dubbed the ‘Jerusalem of the North’, being the home to prominent Jewish intellectuals and artists. Yiddish, the shared language of eastern European Jews, was widely spoken.

Around 200,000 Lithuanian Jews — more than 90 percent of the country’s pre-war Jewish population — died at the hands of the Nazis and local collaborators.

There are currently 5,000 Jews in the country.

The passing of the bill in Vilnius comes as there have been other attempts in Europe to ban Jewish religious traditions like circumcision.

According to Moshe Kantor, President of the European Jewish Congress, the Lithuanian vote ‘’sends a very welcome signal that the tide may be turning against those who seek to ban and proscribe Jewish traditions in Europe.’’

“Freedom of religion is one of the EU’s founding pillars and those who fight against it are compromising the principles of tolerance and mutual respect which the new Europe is supposed to be built upon,’’ he said.