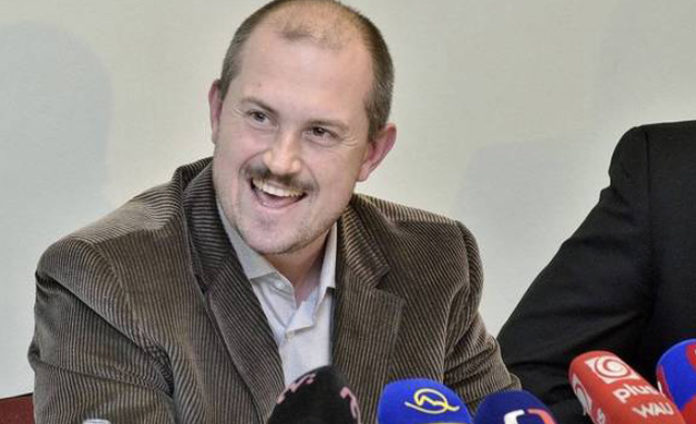 European Jewish Congress President Dr. Moshe Kantor has called on European officials to launch an action plan to reverse the momentum achieved by neo-Nazi political parties in Europe. This comes in the wake of the victory by Marian Kotleba to lead the government in the central Slovak region of Banska Bystrica. Kotleba was chairman of the banned neo-Nazi Slovak Togetherness-National Party.

“The neo-Nazis are gaining many political victories and are using the democratic system against democrats,” Dr. Kantor said. “Democracy has to fight back and European officials should immediately create a plan of action, including the proscription of neo-Nazi political parties, to deal with this phenomenon before it is too late. We hope the Greek model of suspending state funding for the Golden Dawn party, and the revocation of parliamentary immunity for its members will be enacted elsewhere in Europe and form the basis of the opposition.”

“Additionally, we need to have a multinational and interdisciplinary discussion about how best to protect our nations and democracies. We need European leaders and legal experts to bolster existing legislation against hate, law enforcement agencies to strengthen enforcement and educators to teach against hate, intolerance and xenophobia to the next generation. We need to stem the neo-Nazi momentum and reverse the tide of hate which is sweeping parts of Europe.”