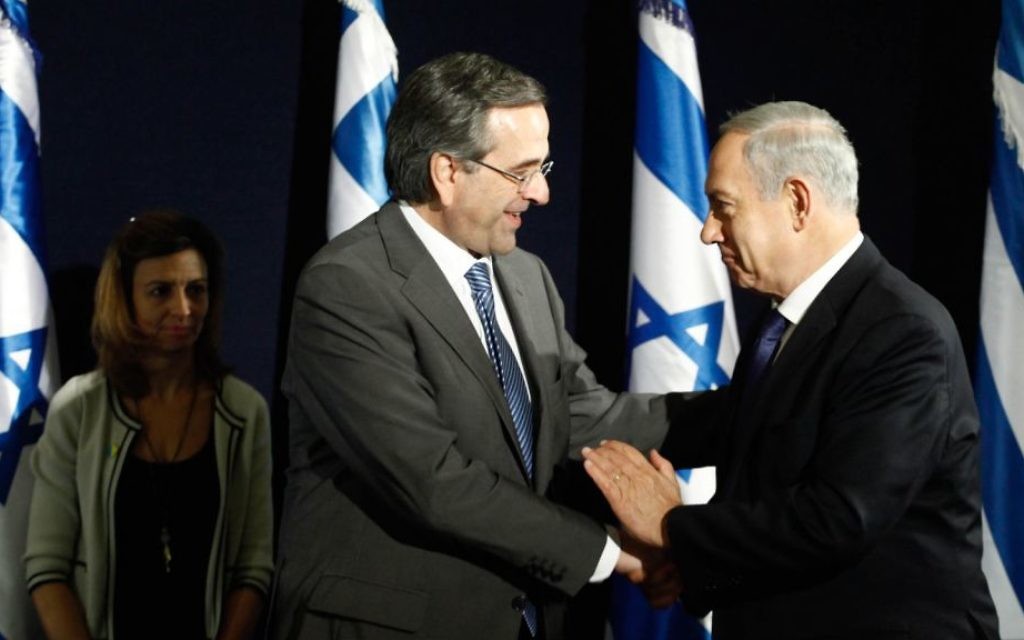 A European Jewish group has presented Greek prime minister Antonis Samaras with an award following the arrest of leading members of the far-right Golden Dawn party, praising his “courageous leadership”.

The Brussels-based European Jewish Congress held its annual executive meeting in Athens and presented Mr Samaras with the award.

Golden Dawn’s leader and two other senior figures were jailed in September, charged with membership of a criminal organisation, following an investigation into the fatal stabbing of an anti-fascist rapper. The party has seen its support rise in opinion polls since gaining nearly 7% of the vote in 2012 general elections, as support for traditional political parties has collapsed amid economic crisis