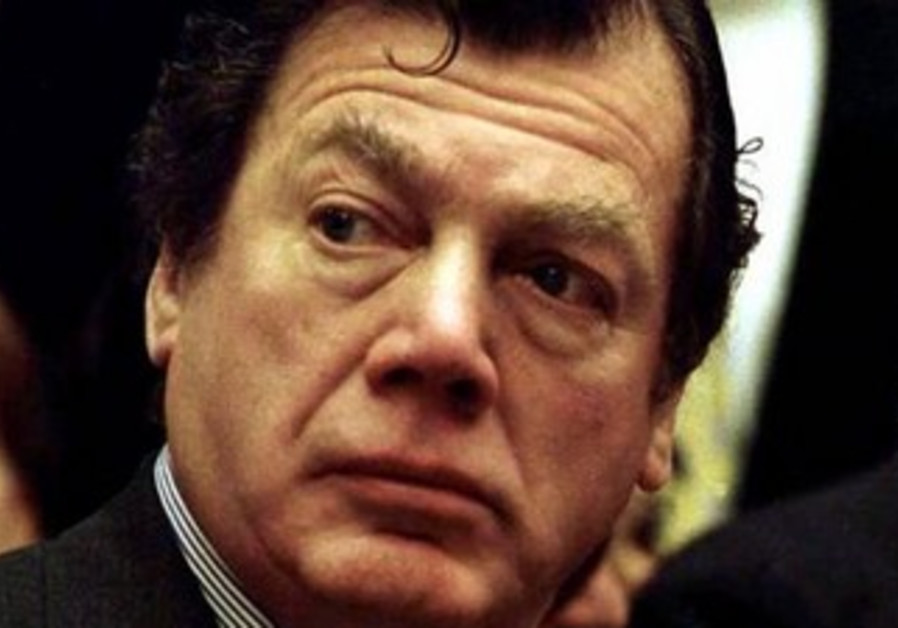 Bronfman was a US Jewish communal leader and billionaire; fought for Jewish rights and to strengthen Jewish identity among young people.

Edgar Bronfman, the Jewish philanthropist who took a marginal and fading World Jewish Congress and transformed it into a major player in international affairs, died on Saturday at the age of 84.

Aside from his role in reviving the moribund WJC, Bronfman, the heir to the Seagram alcohol empire, used his wealth to promote Jewish interests through the Samuel Bronfman Foundation, named after his late father.

Bronfman took over the helm of the foundering organization, which now represents Jewish communities in 100 countries, in 1981 and provided substantial funding from his personal fortune to keep the organization solvent.

Bronfman “turned the World Jewish Congress into the preeminent international Jewish organization that it still is today and broadened its base by bringing in new member communities in Eastern Europe and other countries,” current WJC president Ronald Lauder recalled on Sunday.

Among his accomplishments were his battle with Swiss banks, leading to the release of over a billion dollars as restitution for Holocaust victims and their heirs, his campaign to expose the Nazi past of former United Nations secretary-general and Austrian president Kurt Waldheim and improving Jewish relations with the Vatican. He was also active in campaigning for Soviet Jewry at the height of the Cold War.

Bronfman’s interest in Jewish causes came partially as a result of a 1970 trip to the Soviet Union. “It was on those trips to Russia that my curiosity was piqued. What is it about Judaism, I asked myself, that has kept it alive through so much adversity while so many other traditions have disappeared? Curiosity soon turned into something more, and that ‘something more’ has since turned into a lifelong passion,” he would later recall.

Bronfman’s work led to his receipt of the Presidential Medal of Freedom in 1999.

His final years as president of WJC were marred by allegations of financial irregularities revolving around his most influential adviser on Jewish political affairs, the organization’s secretary- general, Rabbi Israel Singer.

Bronfman was never implicated in any of the financial allegations, but the controversy and feuding surrounding his top aide dominated the final years of his decades-long stint as WJC president.

The office of then-New York Attorney General Eliot Spitzer issued a report in 2006 that found no criminal offense, but criticized the WJC ’s financial management; and it ordered that Singer be prohibited from making financial decisions in the organization.

Bronfman initially stood by Singer, before ultimately firing him in 2007. Several months later, Bronfman stepped down.

Bronfman’s leadership style at the international Jewish organization, despite his notable accomplishments, was not without its detractors.

Isi Leibler, the former chairman of the governing board of the WJC, told The Jerusalem Post that he believed that due to Bronfman’s large financial contributions to the organization, its “democratic procedures were [subsequently] largely suspended.” This, Leibler believes, opened the door to Singer’s alleged wrongdoing.

While Leibler and Bronfman experienced a public falling out, with Bronfman calling his opponent “a right-wing dog” in the press, the two later reconciled.

“Exactly one and a half years ago in New York he invited me for lunch, where he made it very clear that he was sorry for what had happened. He didn’t apologize [but] he regretted what had happened,” Leibler said. “I was happy to part ways with him on good terms.”

“Overall, people can like or dislike his politics but he made major contributions [to the Jewish people], for which he should be commended.”

“Edgar was deeply committed to the Jewish future,” Michael Siegal, the chairman of the JFNA board of trustees, said in a statement thanking the philanthropist for his support for Hillel, Jewish camping, accessible Jewish learning and so much more. Bronfman was a “great man” and a “visionary,” JFNA CEO Jerry Silverman added.

“Edgar Bronfman was a giant among men in general and a giant in contemporary Jewish history in particular,” Chaim Chesler, the founder of Limmud FSU, said, while Dr. Moshe Kantor, the head of the European Jewish Congress, a WJC member, called him “an example for all of us involved in Jewish communal affairs.”

Despite his abdication from his position at the WJC, Bronfman did not disappear from the public stage. A staunch supporter of the Israeli-Palestinian peace process, he continued to be a very vocal and public backer of liberal politicians in the US and Israel.

And, as president of the Samuel Bronfman Foundation, he dedicated most of his final years to Jewish philanthropic causes.

He founded the Bronfman Youth Fellowship in 1987, a young leadership program that brings together Jewish high-school students from Israel and North America. Then, in the 1990s, he worked to revive Hillel, serving as the founding chairman of the campus organization’s board of governors. In 2002, he provided the funding to launch MyJewishLearning, a digital media entity that now includes the Jewish parenting site Kveller, and boasts a million visitors every month.

Bronfman was engaged in a “constant quest for personal and spiritual growth,” Avi Mayer, a former Bronfman Fellow, wrote on Facebook on Sunday. “He started exploring his own Jewish identity as an adult and never stopped, seeking out opportunities for Jewish learning and making it a part of his routine. If there’s one thing I took from my encounters with Edgar, it is the knowledge that it is never to late to learn and to grow.”

While Bronfman took the lead in creating and funding many efforts to strengthen Jewish identity among young people, he also engendered opposition within more religiously traditional circles for his embrace of intermarriage as a positive good.

“Intermarriage today can even be an opportunity for a stronger embrace of Jewish identity,” Bronfman wrote in the Jewish Daily Forward in 2010.

“Intermarriage is not a calamity but an opportunity for both a Jewish and non-Jewish partner to learn.”

The leaders of the Jewish Federations of North America made the issue of exogamy a major focus of their organization’s General Assembly in Jerusalem this November in the wake of a study by the Pew Research Center that reported an almost 60 percent intermarriage rate among those who have tied the knot since the turn of the millennium.

“The Jews’ fear of assimilation and intermarriage should not replace fear of anti-Semitism,” Bronfman told the Post earlier this year.

Dana Raucher, the executive director of the Samuel Bronfman Foundation, explained that Bronfman’s approach stemmed from his desire to make Judaism “relevant to all those who were seeking it.”

“He sought to build a big tent, open for vigorous debate, impassioned questioning, and full of joy,” she said.