E.U. Parliament President Schulz On International Holocaust Remembrance Day: ‘Holding A Memorial Ceremony Cannot Undo The Atrocities That Happened To So Many Families But It Can Serve As A Warning’ 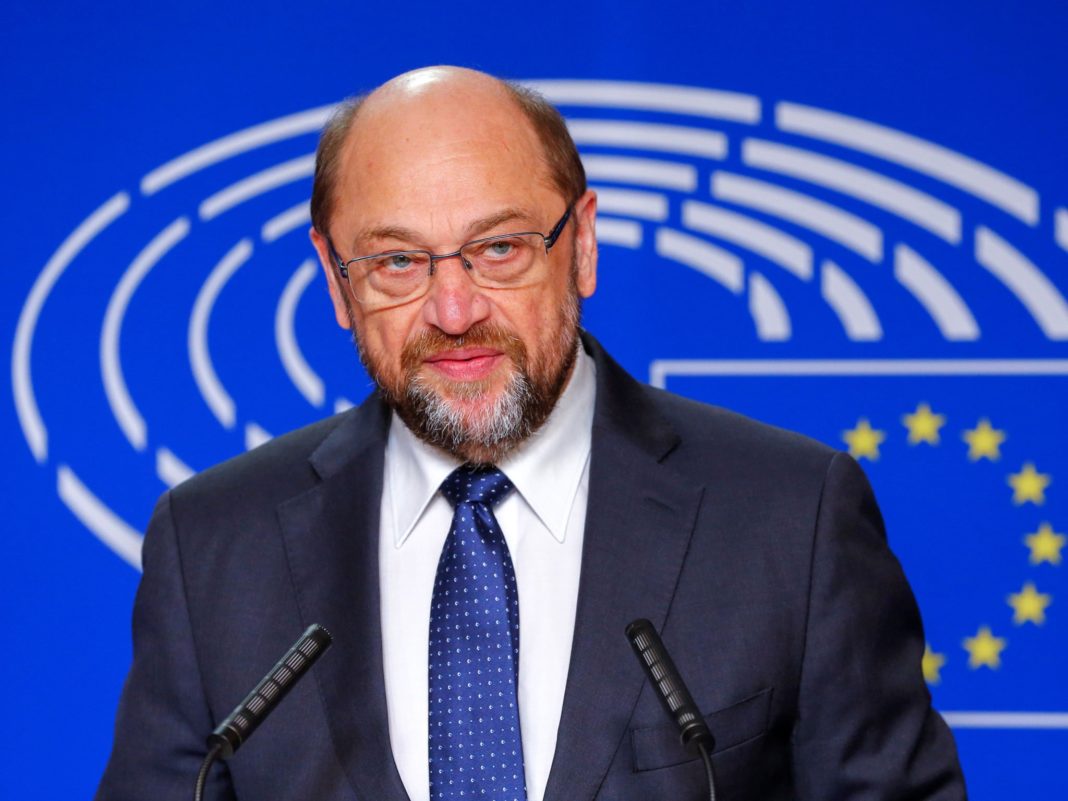 “Anti-Semitism and racism are a threat to our basic values – those of democracy and respect for diversity and human rights,’’ European Parliament President Martin Schulz said at an event marking International Holocaust Remembrance Day he hosted in Brussels.

He continued, “The Shoah was the worst tragedy of humankind. Yet, the dangers and demons are regrettably still present in our societies. This evening we remembered the victims, we paid tribute to the “righteous among the nations” and we say: Never Again!”

In his speech, EJC President Moshe Kantor decried those who mock the Holocaust or claim that curbing anti-Semitism is just a freedom of speech matter.

“The Holocaust is not a matter for satire. Anti-Semitism is not an opinion, it is a crime,” he said.

“Today, we are witness to the absolute democratisation of anti-Semitism. A simple inversed Nazi salute performed with impunity at Auschwitz, at the Berlin Holocaust memorial, at a synagogue and even in front of the Jewish school in Toulouse where Jewish children and a teacher were murdered in broad daylight by a French terrorist.”

“A symbol invented by a so-called comedian which allows young people out for a drink, soldiers having a laugh and even a footballer scoring a goal, to have their own unique opportunity for Jew hatred.” Kantor added in a reference to French anti-Semitic comedian Dieudonne M’bala M’bala.

Kantor also took aim at the rise of neo-Nazi parties in democracies across Europe. “70 years after the liberation of Auschwitz, who could have imagined representatives of parties with Nazi insignia, race hatred for Jews and a proclivity for violence marching down the streets of our capitals and into our parliamentary chambers – including this one,” Kantor said in front of an audience of MEP’s, ambassadors from across the world and other senior dignitaries.

“As we commemorate the destruction of the Jewish communities of Greece and Hungary just 70 years ago, how liberated really are the citizens of Europe when we witness today the eruption of political parties with Nazi insignia on the streets of Athens and Budapest while we genuinely fear the very real prospect of the strengthening of far-right and neo-Nazi parties in the coming European elections?”

Kantor lauded the Greek government’s fight against the neo-Nazi Golden Dawn party as an ‘’example of the defense of democracy which we hope to see replicated across the continent wherever those engrossed in hate, racism and xenophobia seek to utilize the democratic system to further their dark aims.”

“Today, one hundred years after the First World War, when dozens of millions of Europeans lost their lives in battle, and seventy years after the atrocities of the Genocide and the Holocaust, we have turned those horrific nightmares into a bright vision; and this vision into a reality: United Europe, our Europe, which has become the world champion of respect for freedom, democratic rights and human dignity,” he said.

World Jewish Congress President Ronald S. Lauder said the lessons from the Holocaust were an obligation to overcome indifference today and speak out against a growing trend of anti-Semitism and racism in the world.

“World Holocaust Day is meaningless if we only pay attention to the past and ignore the same problems that threaten us today.

“In 2014, the threats facing the world today are not just against the Jews. Because of our past, we cannot be silent when Christian churches are burned by