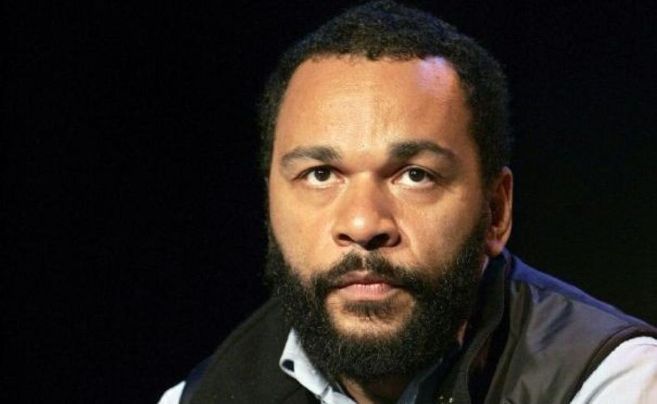 The controversial French comedian Dieudonné M’bala M’bala has been banned from the UK after one of his shows was barred in France because the government considered it anti-Semitic.

Mr Dieudonné had said he wanted to visit Britain to support Nicolas Anelka, a compatriot and West Bromwich Albion football player who has been charged for using the “quenelle”, a gesture created by the comedian that resembles an inverted Nazi salute and is allegedly anti-Semitic.

A Home Office spokeswoman said Mr Dieudonné was subject to an exclusion order, adding: “The home secretary will seek to exclude an individual from the UK if she considers that there are public policy or public security reasons to do so.”

The comedian came to public attention in the UK after Mr Anelka used the quenelle when celebrating scoring a goal on December 28. The player denied it was anti-Semitic and said he used it as a sign of support for Mr Dieudonné, who he said was being targeted by the French authorities.

Mr Dieudonné, who has convictions for inciting racial hatred, has said the gesture is merely anti-establishment.

Zoopla, the property website, was so incensed by Mr Anelka’s actions and refusal to apologise that it withdrew its £3m sponsorship of the club. A date has not been set for Mr Anelka’s hearing.

The French government this month won the legal right to ban one of the comedian’s live shows. That decision sparked debate in France about the extent to which the law should be used to silence a relatively unknown figure, many of whose fans insist he is neither overtly racist or anti-Semitic.

The Home Office order against Mr Dieudonné was leaked to the Swiss newspaper Tages-Anzeiger. It states that carriers should deny him boarding and may be liable to a penalty of up to £10,000 if they carry him to the UK.

“This is a very brave and responsible decision by the British Government,” he said.

The order was issued on the same day that François Hollande, French president, visited Britain for a summit with David Cameron, UK prime minister.