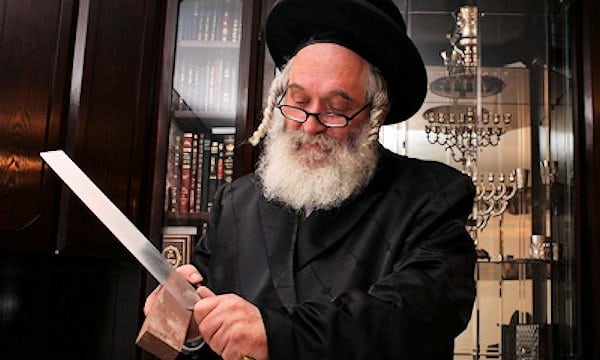 The President of the European Jewish Congress Dr. Moshe Kantor has called on the Danish Government to urgently review its decision to ban Shechita, the Jewish religious slaughter of animals for meat.

“This attack on basic Jewish religious practice in Denmark puts into question the continuance of community life in the country and follows strongly on the heels of persistent attacks on Jewish circumcision.”

“We urgently call on the Danish government to meet with community representatives and the European Jewish Congress so that we can fairly state the case for the continuation of Shechita on the basis of legal, moral and animal welfare grounds.”

“This move stands against European human rights legislation on the freedom of religion.”

Denmark’s Agriculture and Food Minister Dan Jørgensen has signed a regulation whereby Danish slaughterhouses can no longer apply for an exemption to pre-stunning, which effectively bans religious slaughter in the country, telling Danish television that “Animal rights come before religion.”

“We are deeply confused by these statements which stand in opposition to the gruesome display on Sunday when a giraffe was butchered and subjected to a barbaric autopsy at a zoo in Denmark in front of school children,” Kantor continued.

“One would hope that this move by the Danish Government is not just to placate or mollify animal rights activists in light of the international criticism it has recently received after this public slaughter in a public place.”