Denmark Outlaws Jewish And Muslim Ritual Slaughter As Of Next Week 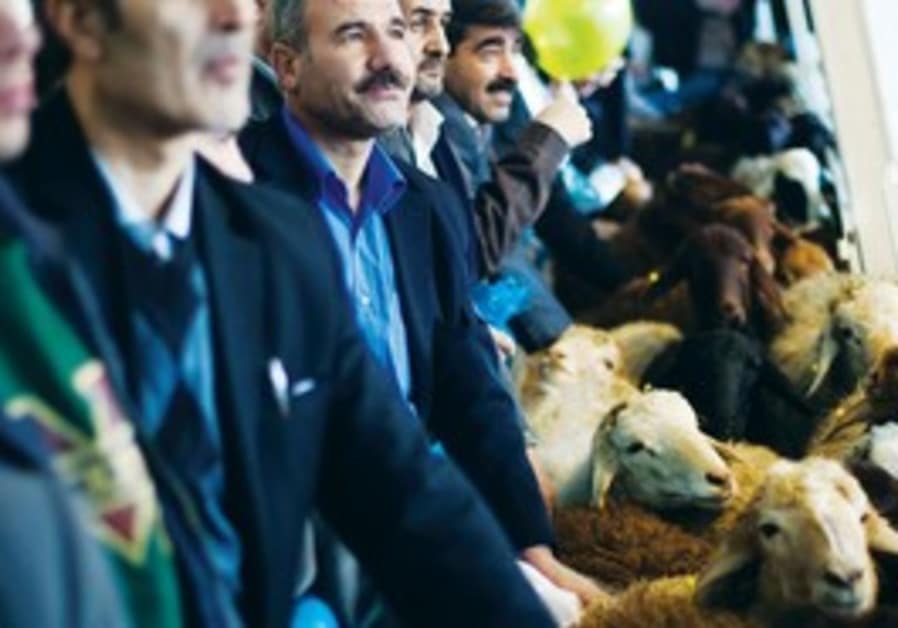 Jewish and Muslim ritual slaughter will be illegal in Denmark starting on Monday, by order of Agriculture and Food Minister Dan Jørgensen.

The Netherlands attempted to ban shechita, but a deal was brokered, legalizing the practice in 2012.

On Monday, all slaughter that is not preceded by stunning will be forbidden in Denmark, rendering it impossible for ritual slaughter to be carried out according to Shar’ia or Halacha, Danish station TV2 reported on Wednesday.

“Animal rights come before religion,” the minister was quoted as saying.

Slaughterhouses will no longer be able to apply for an exemption from pre-stunning.

While Denmark’s 6,000 Jews currently do not practice shechita, instead importing kosher meat from abroad, the ruling does affect the country’s Muslim minority.

Heretofore, Denmark had required animals slaughtered without pre-stunning to be stunned immediately after their throats were cut.

A debate over the morality of such slaughter has raged in Denmark since the summer, when previous Agriculture minister Karen Hækkerup stated her opposition to all slaughter without pre-stunning.

Hækkerup was responding to the demand of a Muslim organization, that it be allowed to butcher animals without any stunning either prior to or following the cutting.

Replying to critics who accused him of violating his citizens’ religious rights, the minister said that “when [Jews and Muslims] are upset about the ban, even though they have not taken advantage of the exemptions available, it can only be because in the future they would like to carry out slaughter without stunning.”

Speaking with The Jerusalem Post on Thursday, local Jewish leader Finn Schwartz said that his community is in discussions with Danish authorities and is in contact with the minister. “We and the Muslim organizations are talking about this,” he said.

The move was not prompted by anti-Semitism, Schwartz said, adding that, normally, relations between the Denmark’s Jewish community and the government is “perfect.”

Schwartz also indicated that the minister’s move to ban shechita without going through parliament was, in his view, problematic.

“This attack on basic Jewish religious practice in Denmark puts into question the continuance of community life in the country and follows strongly on the heels of persistent attacks on Jewish circumcision,” European Jewish Congress President Moshe Kantor said.

Kantor said that he hoped the ban was not an attempt to “placate or mollify animal rights activists in light of the international criticism” Denmark received after zookeepers shot and killed a giraffe in Copenhagen, before dissecting it in front of a crowd of children and feeding its meat to the lions, several days ago.

European Commissioner for Health Tonio Borg also condemned the ban, saying that it “contradicts European law.” He made the statement during a meeting with Rabbi Menachem Margolin of the European Jewish Association, the rabbi told the Post.

The Conference of European Rabbis intends to raise the issue of “continuous attacks against religious minorities in Europe,” during a meeting with European Commission President José Manuel Barroso on Monday, CER head Rabbi Pinchas Goldschmidt told the Post on Thursday.

The Danish ban constituted a “further erosion of religious liberties and freedoms in Europe,” Goldschmidt said.

Given recent efforts by lawmakers and regulators in several countries to outlaw fundamental Jewish practices, such as circumcision and ritual slaughter, there is fear that any such ban, even one with as little practical affect on the Jewish community as Denmark’s, would have an outsized impact as “part of an increasing domino effect in some parts of Europe,” former Israeli ambassador to Denmark Yitzhak Eldan told the Post.

Speaking on behalf of the Israeli-Jewish Congress, a body that works to represent European Jewish interests to Israeli lawmakers, Eldan said that the organization is working with both the local Jewish community, MKs and European parliamentarians to reserve the decision.

A Denmark government spokesman told the Post that the ban was fully compliant with European Commission regulations that require pre-stunning, but provide an exemption for religious slaughter.

European Union member states observing “national rules aimed at ensuring more extensive protection of animals at the time of killing” are permitted to maintain such local laws, provided they informed the EC before the new European regulations took effect in the beginning of 2013.

Charlotte Vilstrup of the Food Agriculture and Fisheries Ministry said: “The current version of this order has been issued on January 1, 2013. The order will be changed on Monday 17, 2014. The power to issue or change orders is delegated to the minister and we (the DVFA) therefore act on behalf of the minister. This is common procedure for issuing of and making changes in orders.