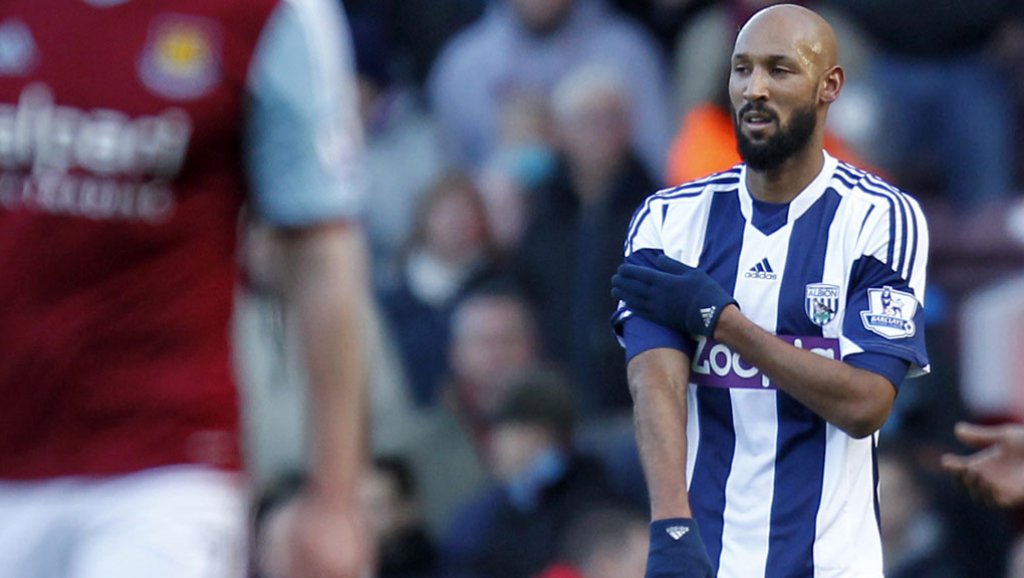 The English FA’s decision to ban West Bromwich Albion striker Nicolas Anelka for an offensive gesture has been applauded by the president of the European Jewish Congress, though he believed more needs to be done to combat anti-Semitism.

The former France forward was banned on Thursday for five games, fined 80,000 pounds ($133,400) and ordered to attend a compulsory educational programme following the “Quenelle” gesture he made during a match in December.

The gesture is described as an inverted Nazi salute.

Anelka denied he was racist or anti-Semitic and said he used it as a tribute to his friend, controversial French comedian Dieudonne M’Bala M’Bala who invented it.

“The suspension sends a clear message that hate is unacceptable,” European Jewish Congress head Moshe Kantor said in a statement. “We applaud the FA for finding that the Quenelle is an offensive and abusive gesture.”

The FA panel concluded that Anelka is not an anti-Semite but insisted it could not ignore the gesture and the offence it caused to the Jewish community.

“We remain concerned that Anelka himself has never apologised for his actions,” Kantor continued.

“Even if the FA is not convinced that the player’s intent at the time was anti-Semitic, he surely knows now the origins of the Quenelle and the hurt and pain it caused the Jewish community, yet we are still waiting for an apology.

The EJC welcomed the decision to send Anelka on the education course and offered their assistance with their experience and knowledge of anti-Semitism.

The organisation urged the FA to use the incident to raise more awareness of anti-Semitism in their anti-racism programmes.

Prominent anti-racism campaign Kick It Out, acknowledged the FA’s decision to punish Anelka but refused to pass further comment until he has responded.

“Kick It Out awaits Anelka’s response and the written reasons from the Independent Regulatory Commission,” it said.

“The campaign will continue to follow protocol by not issuing further comment until the case is brought to its conclusion.”