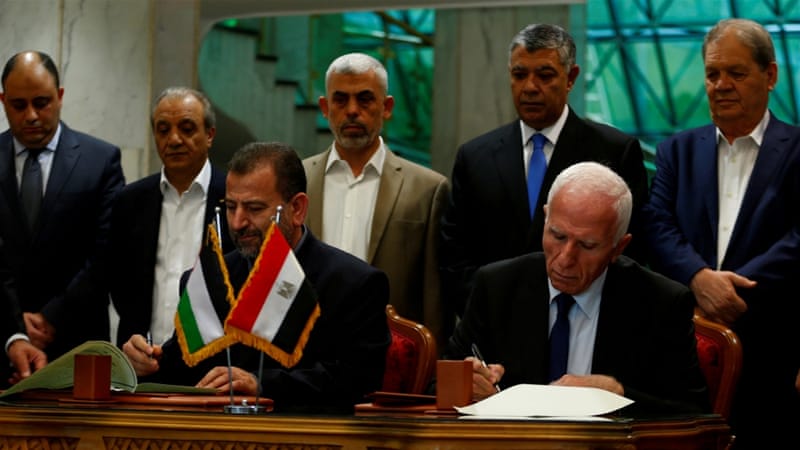 European Jewish Congress President Moshe Kantor has urged the European Union to abide by its own guidelines which designate Hamas as a terrorist organization and shun any Palestinian government in which the Islamist group is a member. He sent the message to the EU during a meeting of the EJC’s Executive which took place in Israel.

“The Europeans have yet to condemn the signing of this unity agreement,” Kantor said. “We hear immediate condemnation every time some houses are built over the Green Line, but Brussels is silent on the Palestinian Authority’s new alliance with Hamas, a group whose charter openly aspires to the genocide of world Jewry. The Palestinians ignored their obligations and unilaterally applied to UN organizations, threatened to disband the PA and have now chosen to deal with the manufacturers of terror rather than the purveyors of peace.”

“It is perhaps time for the European Union to finally realize that they were applying pressure on the wrong side. Without a strong public message for the Palestinian leadership that it will not tolerate or cooperate with any organization which does not meet the three principles laid out by the Quartet for diplomatic recognition of a Palestinian government, the Europeans will be seen as enabling the Palestinians in their recalcitrance and their role as mediators will be diminished.”

Meanwhile, World Jewish Congress President Ronald S. Lauder has condemned the reconciliation deal announced by Palestinian factions Fatah and Hamas, which could lead to a unity government between the Palestinian Authority in the West Bank, which is led by Mahmoud Abbas, and the Hamas government in Gaza.

“After many months of negotiations between Israel and the Palestinian Authority, we finally see the PA’s true colors: Mahmoud Abbas has decided that he would rather reconcile with the terrorist organization Hamas than make peace with Israel,” Lauder said. “All of the time and political capital expended by Secretary of State John Kerry and President Obama, all of the terrorist murderers released by Israel, all of this has been wasted on what was essentially a subterfuge. Abbas has now shown the world that he never seriously considered a two-state solution nor the acceptance of Israel as a Jewish state.”

Lauder continued: “Instead of a peace treaty and the possibility of advancing his people out of the squalor they have lived in for more than 60 years, we have unity of Fatah and Hamas – two Palestinian entities that would rather destroy Israel and kill Jews than live in peace. This is one more dark chapter in an old book that is filled with blood, terror, poverty and very little hope. And in the end, it’s hardly just Israel that will suffer, but the Palestinian people as well.”