Kantor To French President Hollande: Place The Battle Against Anti-Semitism High At Top Of European Agenda 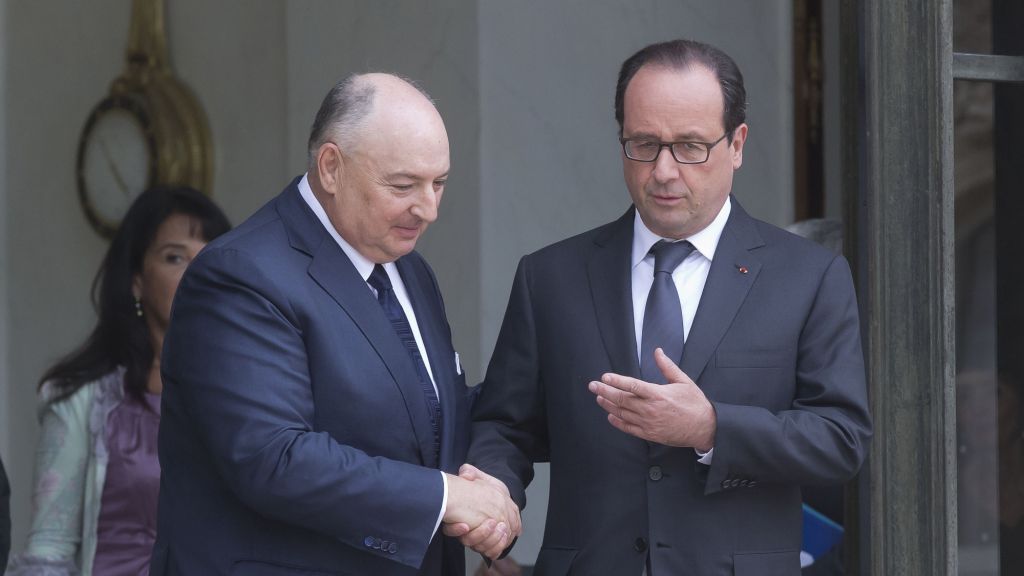 In a meeting in Paris on Tuesday, European Jewish Congress (EJC) President Moshe Kantor has asked French President François Hollande to place the battle against anti-Semitism at the top of the European agenda.

“The Jews of Europe are currently under attack from two opposing sides,” Kantor told the French leader.

He added : “Radical Islamists, some of who are importing their brand of extremist hate and violence from wars in the Middle East, are gunning down Jews on the streets of Europe and the far-right is on the march on these very same streets attacking Jews and evoking memories of the rise of fascism and Nazism in the last century.”

Kantor said ‘’the Jews are caught between a rock and a hard place and it will not take much to turn this crisis into an emergency’’ and urged the European leadership ‘’to act forcefully.”

During the meeting, Kantor, who was accompanied by a delegation of EJC leaders, including representatives of CRIF, the umbrella Jewish representative group in France, thanked President Hollande for the work of the French government in condemning anti-Semitism and its positions against Dieudonné and other manifestations of hate and intolerance.

‘’We hope that the actions of the French government will be replicated across the continent,” Kantor said.

He called on all European nations ‘’to form a task force, not to just react to anti-Semitic events but to prevent such events like the shootings at the Jewish museum in Brussels and the Jewish school in Toulouse,’’ expressing the hope that this issue ‘’will be urgently addressed at the next council of EU leaders meeting.”

Kantor said : “We have to reach the source of hate and that is by showing zero tolerance for hate speech and incitement and preventing the extremists from recruiting the next generation, both by radical Islamists and the far-right and neo-Nazi parties. We need to bolster existing legislation against racism, xenophobia and anti-Semitism and create working solutions regarding the security for Jewish communities.”