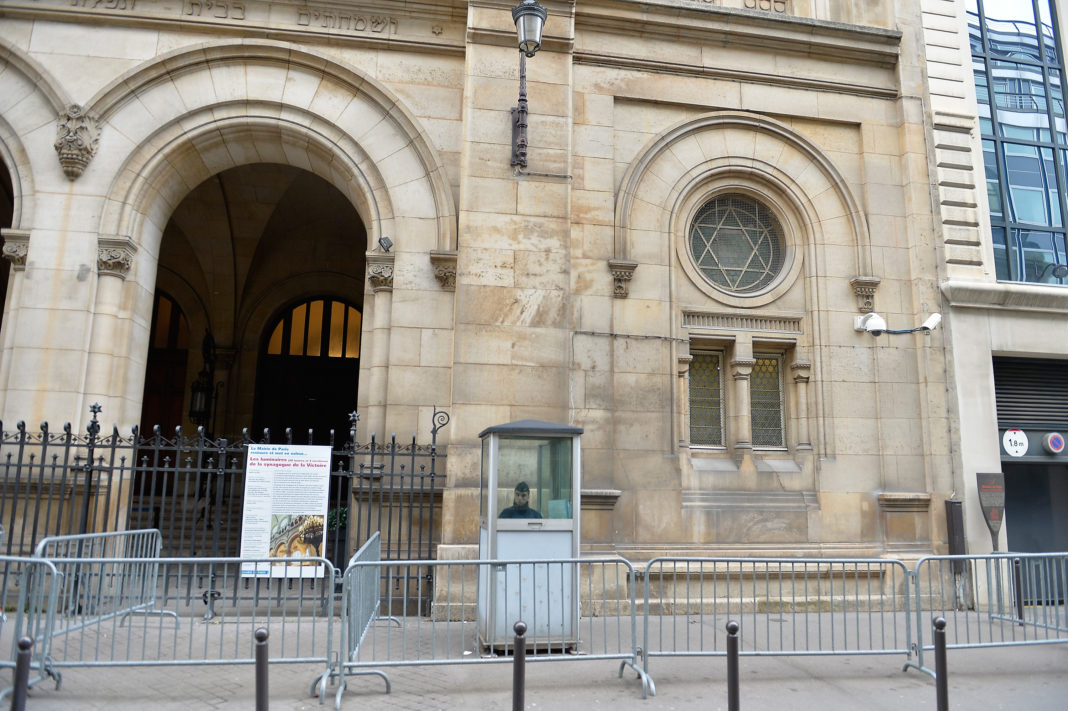 Many of those who demonstrate against Israel use it as an excuse to vent their anti-Semitic hatred and are using the current conflict between Israel and Hamas to attack Jews, European Jewish Congress President Moshe Kantor said after the violent attack Sunday on the Synagogue of the rue de la Roquette in the French capital.

At the end of an anti-Israel march Sunday afternoon through the streets of Paris, a large number of demonstrators marched towards the synagogue and started throwing projectiles, reportedly including a Molotov cocktail, and attempted to enter the place of worship.

“The fact that a synagogue full of worshipers was a chosen target demonstrates that the mob’s primary hatred is for Jews and the Jewish State is an extension of that,” Kantor said.

“We should not allow any conflicts in the Middle East to be hijacked and imported as a vehicle for violence.”

During Sunday’s demonstration, cries of “Death to the Jews” were reportedly heard as police and local Jewish security personnel managed to repel the demonstrations from inflicting serious damage and injury. Another synagogue at the Rue des Tourelles was also attacked.

Kantor said : “This is an import of the radical Islamist ideology from the killing fields of Syria and Iraq and while the Jews make easy targets now, they are far from being the only targets. We need action taken against any form of incitement and a strong message needs to be received that no hate, incitement or violence will be tolerated in any form on the streets of Europe.”

“Following my meeting with President Hollande last week, I am confident that he and the French Government are working hard to prevent anti-Semitism and to assure the safety and security of the Jewish community,” he added.