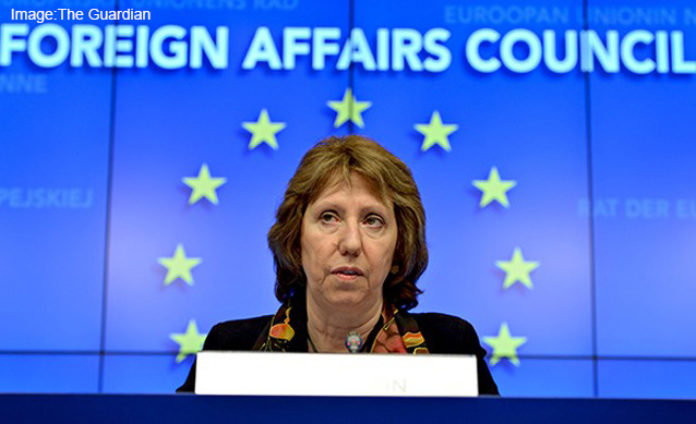 The European Jewish Congress has welcomed the strong statement by European Union foreign ministers on Tuesday calling for the immediate disarming of terror organisations in the Hamas-controlled Gaza Strip.

In a statement issued immediately after the meeting of the bloc’s foreign ministers in Brussels, the diplomatic chiefs strongly condemned “the indiscriminate firing of rockets into Israel by Hamas and militant groups” which directly harm civilians. “These are criminal and unjustifiable acts,” the statement went on.

The ministers said that all terror groups in Gaza must disarm while it also strongly criticised “calls on the civilian population in Gaza to provide themselves as human shields”.

“This statement has clear ramifications for the current situation in the Middle East in recognizing that the current military escalation is the result of unjustifiable acts by terror organisations,” Kantor said. “But it should also resonate here on the streets of Europe where supporters and purveyors of terror are seeking out Jewish communities and their institutions. Terror, hatred and anti-Semitism are as unacceptable in Europe as they are in the Middle East.”

The European Jewish Congress joins with the EU foreign ministers in the belief that all sides in the region must come together “to fight all forms of terror and violence and to combat incitement,” in order that there should be lasting peace based on a two-state solution.