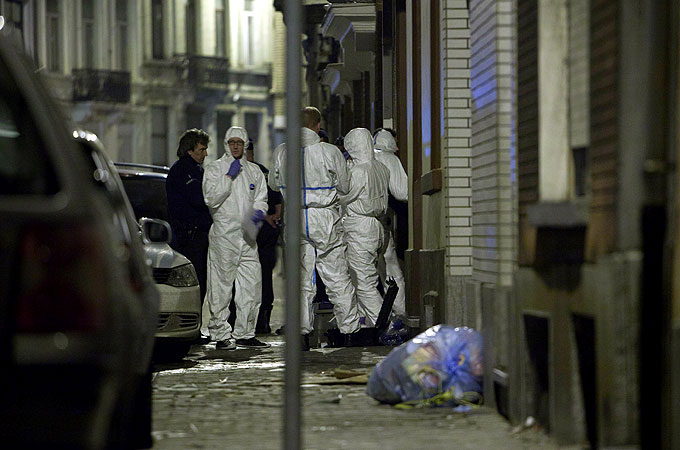 On Sunday evening, stones were thrown at a group visiting the National Memorial to the Jewish Martyrs of Belgium, which is also located in the same Anderlecht district with a high Muslim population.

The European Jewish Congress (EJC) called on the Belgian relevant authorities to ensure greater security for Jewish institutions following arson attacks on a synagogue in Brussels on Tuesday.

According to reports, one or more people managed to enter the building which houses the synagogue and set several fires. The synagogue is located in Anderlecht, an area in the south west of Brussels with a high Muslim population.

The wife and two children of the synagogue’s caretaker suffered slight smoke inhalation in the fire on the top floor of the building, where they lived, said Laurens Dumont, a spokesman for the city prosecutor. The caretaker was absent at the time.

Dumont said “it would seem that the fire was set deliberately” at the synagogue in the Brussels neighbourhood of Anderlecht near the main train station, but the investigation was in its early stages.

“While it is unclear who was behind the attack, what is clear is that synagogues and other Jewish institutions have been placed on the front lines,” said European Jewish Congress President Moshe Kantor.

“This attack demonstrates once again that attacks against Jews is not because of what we say or support, but simply because we are Jews.“

The same synagogue was also attacked in 2010, when unknown assailants hurled firebombs in a previous attempt to set it alight.

The attack in Brussels follows a recent attempted arson attack on a synagogue in Wuppertal, Germany, and the arrest of two Muslim girls who planned to blow up the Great Synagogue in Lyon, France.

Four months ago, the Jewish Museum in Brussels was targeted by a terrorist who killed four people.Mehdi Nemmouche, a Frenchman of Algerian descent who spent one year with radical Islamic State in Syria, is being held in Belgium suspected of carrying out the murders.

He was arrested six days after the shooting in the southern French port of Marseille and later extradited to Belgium.

On Sunday evening, stones were thrown at a group visiting the National Memorial to the Jewish Martyrs of Belgium, which is also located in the same Anderlecht district.

‘’These attacks demonstrate the depth of the poisonous atmosphere against Jews in parts of Europe and the urgent need to immediately strengthen security at all Jewish institutions,” Kantor said.

“Additionally, the threat against Jews, which rarely ends with Jews, necessitates the creation of a pan-European intelligence sharing body which will find ways to stop those intent on waging religious war in Europe, not at the gates of the synagogue, but while they plan their attempts at murder and destruction.”