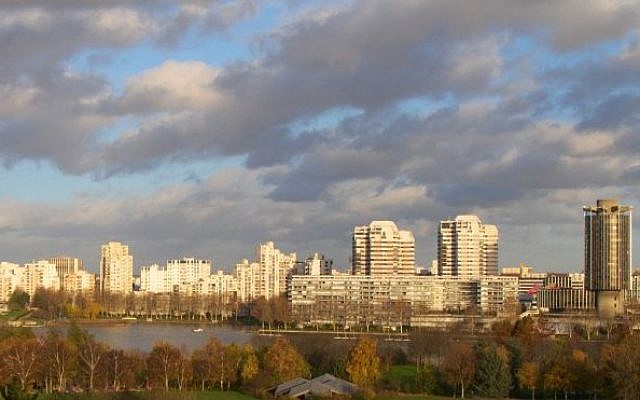 Arrmed assailants broke into a suburban Paris residence of a Jewish couple, raped the woman while her husband was kept at bay, and robbed the couple.

French police arrested two suspects in the incident, which occurred Monday in the suburb of Creteil, the Le Parisien daily reported. A third suspect remains at large.

The three men carrying handguns and a short-barreled rifle forced their way into an apartment where the parents of one of the victims live and separated the 19-year-old Jewish woman and her 21-year-old Jewish partner, the paper reported. One suspect raped the woman while another guarded her partner and a third withdrew money from a cash machine. The assailants spent approximately one hour inside the house, police said.

Before the rape, the men demanded that the couple hand over their credit cards and codes, the couple told police. The assailants told the couple they shouldn’t try to pretend they don’t have money because they knew the victims were Jewish, the victims said.

“It is too early to tell if the victims were selected because they are Jewish,” a law enforcement source told Le Parisien.

The president of the European Jewish Congress, Moshe Kantor, decried the attack.

“Unfortunately, it appears that it is ‘open season’ on Jews in France following so many recent violent attacks against Jews and Jewish institutions going all the way back to the brutal torture and murder of Ilan Halimi,” Kantor said, referring to the 2006 torture and murder of a Jewish phone salesman.

Kantor urged the French government to place the fight against anti-Semitic crimes at “the forefront of its agenda.”