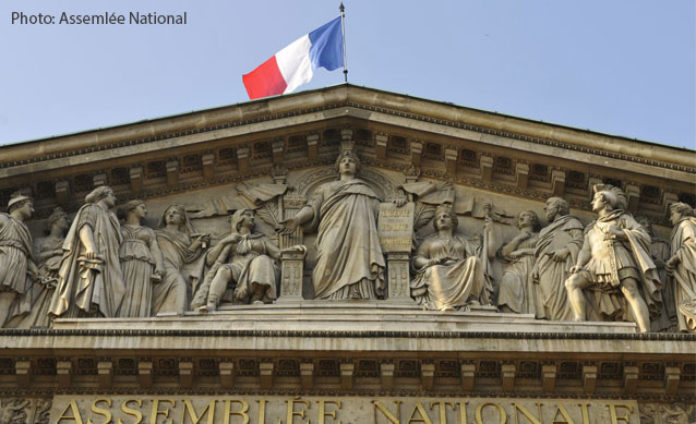 After French Parliament voted to recognize a Palestinian state, European Jewish Congress President Dr. Moshe Kantor said that such actions only serve the interests of instability and damage chances for peace in a region which is experiencing such volatility.

Deputies voted by 339 in favor of the motion with 151 opposing.

“Lawmakers who support Palestinian statehood outside of a negotiated solution between the parties are merely putting wind into the sails of Palestinian rejectionism and extremism, which is leading directly to greater violence against Israelis,” Dr. Kantor said. “These lawmakers are giving a carte blanche to Palestinian incitement and hatred which has led to massacres and attempted murders perpetrated against Israelis over the last few weeks.”

“European leaders and parliamentarians need to show responsibility and carefully consider what will lead to a more peaceful and stable region. Recognizing a new state whose leaders have no legitimacy, because of an absence of democracy and elections, will just destabilize the region further. In addition, the territory which European politicians are calling to be recognized as a state is partially controlled by Hamas, a European-designated terrorist organization.”

This afternoon, the lower house of the French parliament passed the motion, proposed by the governing Socialist Party, to call on the French Government to recognize a Palestinian state.

“Obviously, under a negotiated process, assisted by the responsible leadership of Europe, a ‘two-states for two peoples’ solution can be achieved. A solution that would add to regional stability and that would be an example of democracy rather than another model of a failed extremist state in the region.”