European Jewish Congress President Kantor: “Europe Has To Understand That It Is At War With An Ideology That Seeks Mass Bloodshed And Murder” 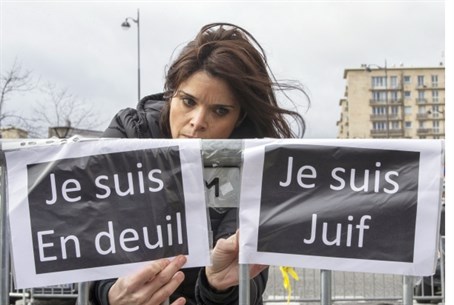 European Jewish Congress President, Dr. Moshe Kantor, has called on European authorities to fight the battle against Islamist terrorists as if it is a war.

Kantor’s call comes after there were more murders in Paris in a Kosher shop a day after 12 people were brutally murdered in the Charlie Hebdo offices.

“Europe has to understand that it is at war with an ideology that seeks mass bloodshed and murder,” Dr. Kantor said. “It is not a war against Muslims or Islam, but against a radical interpretation which targets for death anyone that they decide is the enemy, including journalists and Jews, but all are potential targets.”

At least five people were taken hostage at a kosher grocery store in eastern Paris on Friday it was reported. The attacker was suspected of being the same gunman who killed a policewoman in a shooting in Montrouge in southern Paris on Thursday. According to police sources the suspect was linked to two brothers who massacred 12 people at satirical magazine Charlie Hebdo on Wednesday.

“I have confidence in President François Hollande and the French authorities to take the necessary actions in the defense of our society and our way of life and we call on all European leaders to convene urgently to implement emergency measures in the wake of current and immediate threats. This is not a Jewish issue, neither is it a French issue it affects every citizen on the continent of Europe today. This is a war and we must win it.” Kantor added.

“The last few days have to serve as a turning point in our conception of this war and we must demonstrate a strong resolve to repel this terrorist offensive, otherwise the terrorists will only see a response that is weak and plan further attacks,” Dr. Kantor continued. “We must increase security at all possible targets but we should not allow these murderers to terrorize European citizens into submission, so we must also go on the offensive and close down the possibility of further attacks.”

“There should be constructive outrage by our political leaders that will end the import of a bloody and malevolent ideological wave of terror onto our continent. Terrorists have declared war on our way of life and we can no longer stand idly by. Words are no longer enough.”