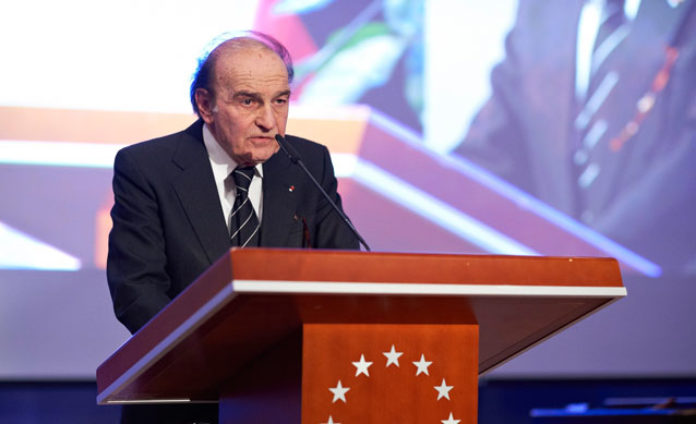 “Samuel Pisar was a moral voice of his generation. Surviving unspeakable horrors in the Nazi death camps and losing almost his entire family, he used this experience to shine a light on humanity and its failings, to inspire us to better the world” European Jewish Congress President, Dr. Moshe Kantor, said.

“Pisar’s contribution to the Jewish community and especially to the memory of the murdered Six Million is immense and will live on for eternity in places like Yad Vashem, where he played a significant role, and in his collaboration with Leonard Bernstein’s musical masterpiece “Kaddish.”

The European Jewish community joins us in mourning the passing of Samuel Pisar and may his memory and what he taught us be for a blessing.