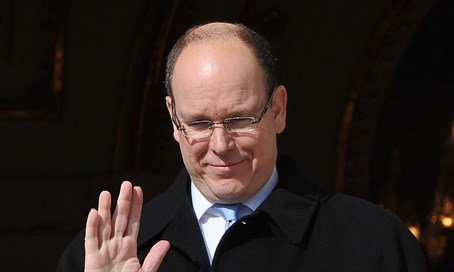 After Prince Albert II of Monaco made the first official apology of his country on Thursday for its role in deporting Jews to Nazi death camps during the Holocaust, European Jewish Congress (EJC) president Dr. Moshe Kantor said it’s never too late to right past wrongs.

To mark 73 years since Monaco police rounded up 66 Jews back on August 27, 1942, Prince Albert II unveiled a monument in the Monaco cemetery with the names of the deported Jews. A total of 90 Jews were deported from the country during the Holocaust under the pressure of Nazi collaborator leaders in France – only nine survived.

“To say this today is to recognize a fact. To say it today, on this day, before you, is to ask forgiveness,” Albert said, recognizing the crime committed against the Jews, many of whom fled to Monaco seeking refuge.

At an event attended by Monaco’s chief rabbi, famous Nazi hunters Serge and Beate Klarsfeld, and Holocaust researchers, he added, “we committed the irreparable in handing over…women, men and a child who had taken refuge with us to escape the persecutions they had suffered in France.”

“We did not protect them. It was our responsibility. In distress, they came specifically to take shelter with us, thinking they would find neutrality.”

According to a palace official speaking to Associated Press on condition of anonymity, the prince’s statement was the first public acknowledgement of Monaco’s complicity in the murder of Jews during World War II.

EJC president Dr. Moshe Kantor responded warmly to Prince Albert II’s apology, saying, “seventy years after the Holocaust, it remains important that in each country where the Nazis and their collaborators enabled the deportation of Jews to their deaths there should be a permanent and official memorial and ceremony.”

“There is no time limit on true introspection and regret,” emphasized Kantor, pointing out that “this ceremony also comes at the culmination of a serious investigation into the events of WWII in Monaco and its impact on its Jews. We welcome today’s event and the desire of the Principality to properly examine its role during these dark days of the Nazi occupation.”

“We also welcome Prince Albert’s poignant words today at the ceremony, which more than anything, encapsulated the value of this study and introspection that he has personally led in recent years.”