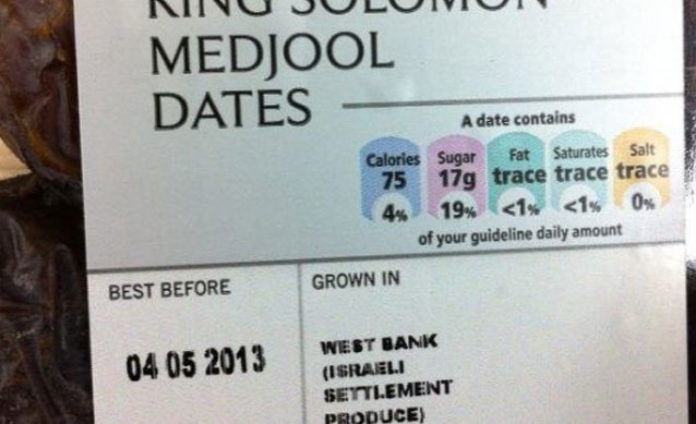 “After studying the issue deeply we have concluded that there are no comparable guidelines for any other territorial dispute or what are perceived as occupations anywhere else in the world,” Dr. Kantor said. “In fact, in many other disputes the EU actually supports or profits from an internationally designated occupation, so there is certainly a very strong element of double-standards applied to the Jewish State.”

“We see that once again Israel is singled out for special treatment above all other nations of the world and this is clearly discriminatory and stands in stark contradistinction to the EU’s own mandate to be fair and free of prejudice.”

The European Commission, the executive arm of the EU in Brussels, released today new guidelines regarding the labeling of products from Israeli companies in the West Bank that are sold in Europe.

“The EU has been consistently asked why Israel is made a special case without any other precedent,” Dr. Kantor said. “The EU has refused to answer even though we see it signing agreements to profit from and contributing to Morocco’s occupation of Western Sahara and Turkey’s occupation of Northern Cyprus.”

“Furthermore, these guidelines may contravene international treaties and agreements like the World Trade Organization.”