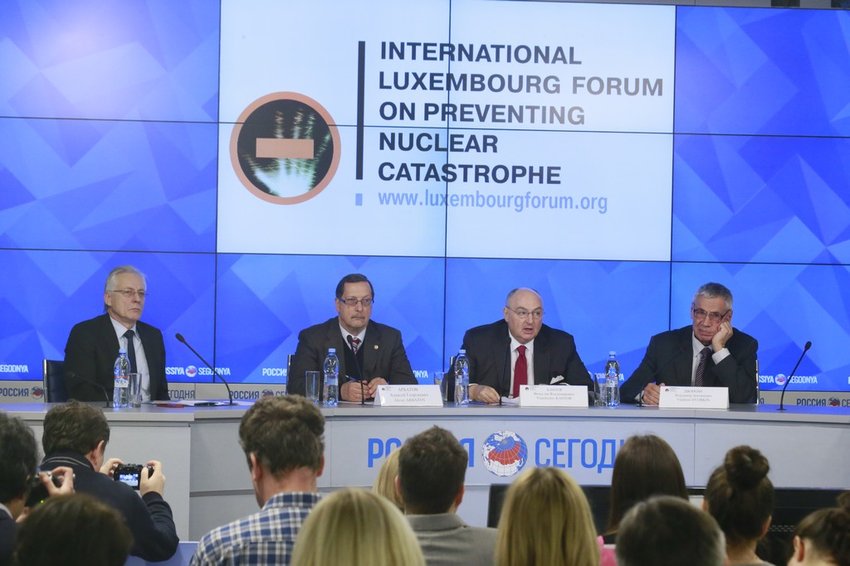 The declaration, following a conference held last week in Washington D.C., calls as a matter of the highest priority for there to be an urgent and immediate requirement to rebuild U.S.-Russian relations.

The Luxembourg Forum urge leaders of Russia and the USA, hopefully joined by their principal allies, to do the following:

Without further delay resume the process of negotiations for follow-on reductions of strategic arms.

Resume cooperation on WMD security, including nuclear material security, to prevent the threat of catastrophic terrorism. In particular, emphasis should be given to improving security of radiological materials to counter the growing danger of terrorist acts with the use of “dirty bomb”.

“Today we find ourselves in a race between cooperation and catastrophe. Consequently, leaders of Russia and the USA must begin this work immediately. Because of growing tensions across the globe, renewed and enhanced dialogue is essential. No security architecture, no set of rules, no efforts to negotiate or implement agreements can succeed without leaders who are committed to addressing core issues and who are willing to cooperate. It is their obligation as leaders to work together to build a safer world for all our citizens”.