EJC President Kantor On Statue Of Notorious Anti-Semite Homan In Hungary: “Erection Of Statue Sends Message That Jewish Lives Do Not Matter” 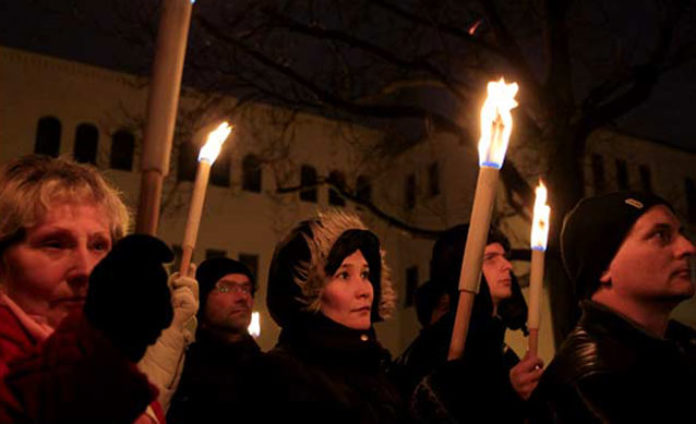 European Jewish Congress President Dr. Moshe Kantor has condemned the erection of a statue of Balint Homan, who contributed to the massacre of hundreds of millions of Jews from Hungary during the Holocaust.

“It is a shocking display of insensitivity towards the Jewish People that a man who played a direct role in the killing of so many people is being honored in such an open and public manner,” Dr. Kantor said. “It is sending a strong message that Jewish lives do not matter.”

“These people were Hungarian citizens so to call this man a Hungarian patriot is simply disturbing and unconscionable.”

The private Balint Homan Foundation in Szekesfehervar, west of Budapest, wants to honor a man who was minister of religion and education before and during World War Two. Homan was a proponent of anti-Jewish laws, supporter of the deportation of hundreds of thousands of Jews and a Nazi enthusiast to the end of the war. After it he was jailed and died in prison in 1951.

“Hungary must do a far better job of dealing with its past and this statue is turning back the clock and engaging in direct Holocaust revisionism by rehabilitating a man with so much blood on his hands,” Dr. Kantor continued. “It is not a private matter when mass murderers are being lauded and celebrated in an open space and the Government must remove it immediately.”