At International Holocaust Remembrance Day Event European Parliament President Schulz Says: “Without The Jews Europe Would Not Be Europe” 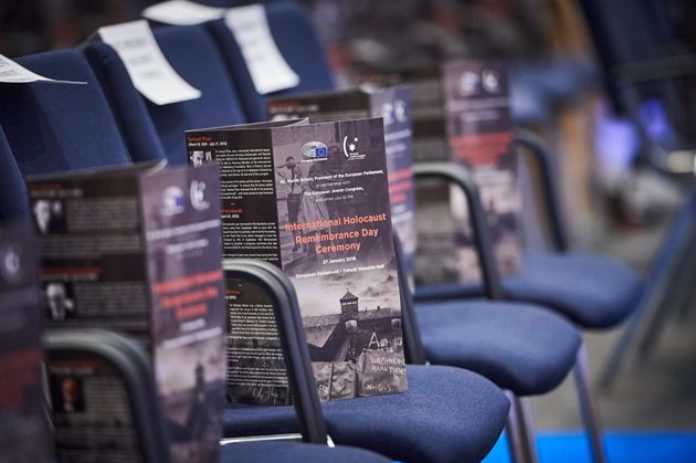 “Jewish life is part of our culture and our identity,” President Schulz said. “Without the Jews Europe would not be Europe. Therefore it hurts that in today’s Europe Jews again live in fear.”

“It is unacceptable that Jews are reluctant to wear their traditional clothes and display religious symbols in the public because of fear of reprisals and aggression. It is saddening when Jewish people consider leaving Europe because they no longer feel safe.”

“Jewish friends and neighbors, we stand with you against those who seek to harm you. We will never let them make you outsiders in your own country. Europe is your home today, tomorrow and forever.”

During his address, EJC President Moshe Kantor called on European leaders and authorities to move beyond words and take action.

“We hear the words of comfort and solace after every attack, and we never had any reason to doubt their sincerity,” Dr. Kantor said. “However, the more time passes, the more Jewish blood that is shed, the more Jews understand that words will not protect them in their synagogues, on the streets, or their children in their schools or kindergartens.”

“We are not asking for any special favors, we are asking for governments to fulfill their responsibilities towards us as European citizens. We ask for the same rights to life, security and safety as any other European.”

Dr. Kantor spoke about the fact that although Jews are starting to emigrate from Europe in large numbers, this trend can be stopped.

“I want to see a bright, secure and prosperous future for the Jews of Europe,” Dr. Kantor said. “I believe it can happen and it will happen if we work together to take stronger steps against the sources of hate and violence which target us both. Just as over seven decades ago, those who targeted Jews today do not end there.”

“It may start with the Jews, as it did in Toulouse, Brussels and elsewhere in previous years, but as we saw in the horrific mass murders in Paris at the end last year, it never ends there. Let 2016 be the year where Europe finally takes a stand, for its values, for its future and for its oldest and certainly most loyal minority community.”