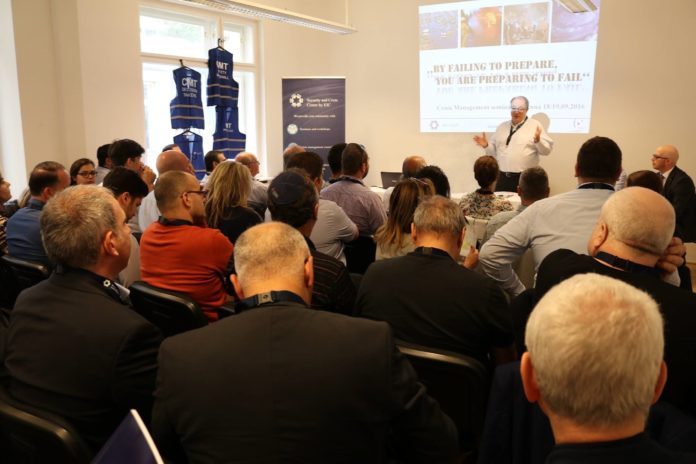 (Monday, September 26, 2016) – The European Jewish Congress’ Security and Crisis Center (SACC) opened its first office in Vienna with the attendance of over 70 security experts from 28 Jewish communities in Europe. The SACC trains and prepares Jewish communities to handle crisis and security management by coordinating all the various arms of the community – leadership, security, medical and psychological in crisis management teams.

“This is a watershed moment for the cooperation and synergy between security officials in European Jewish communities and local law enforcement agencies,” Dr. Moshe Kantor, President of the EJC said. “At a time of heightened security risks not only for our communities but for all European citizens, it is vital that we share information and best practices with each other and maintain a very high coordinated level of alertness to the growing risks. This center is also ready to share its best practices with any minority or group which feels threatened”

“We are also working in concert with European authorities, and we would like to send the message that together with European governments, everything possible is being done not only to preserve individual freedoms but also the right of Jews to live in a secure environment.” Dr. Kantor added.

At the opening of the new office, a two day conference was held which provided the security experts from the Jewish communities training, expertise and information about the growing threats in parts of Europe.

Mr. Ariel Muzicant, President of the Board of SACC and EJC Vice-President, stressed that security has become the major issue in European Jewish life and should be treated with the highest importance.