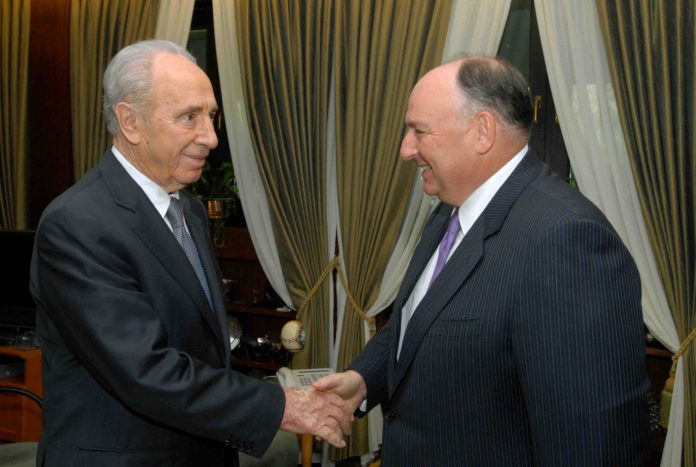 (Wednesday, September 28, 2016) – The European Jewish Congress expresses its heartfelt sorrow on the passing of former Prime Minister and President of the State of Israel and Nobel Prize laureate Shimon Peres.

“Shimon Peres’ story was the story of the rebirth of Israel and he was involved in so many of its important and memorable moments,” Dr. Moshe Kantor, President of the EJC, said. “An important part of our people is no longer with us and our collective heart is aching.”

“Shimon was not just instrumental in ensuring Israel’s safety and security, he was also a tireless warrior for peace.”

“We mourn with the people of Israel who have lost such a great statesman and our thoughts are with his family at this time.”