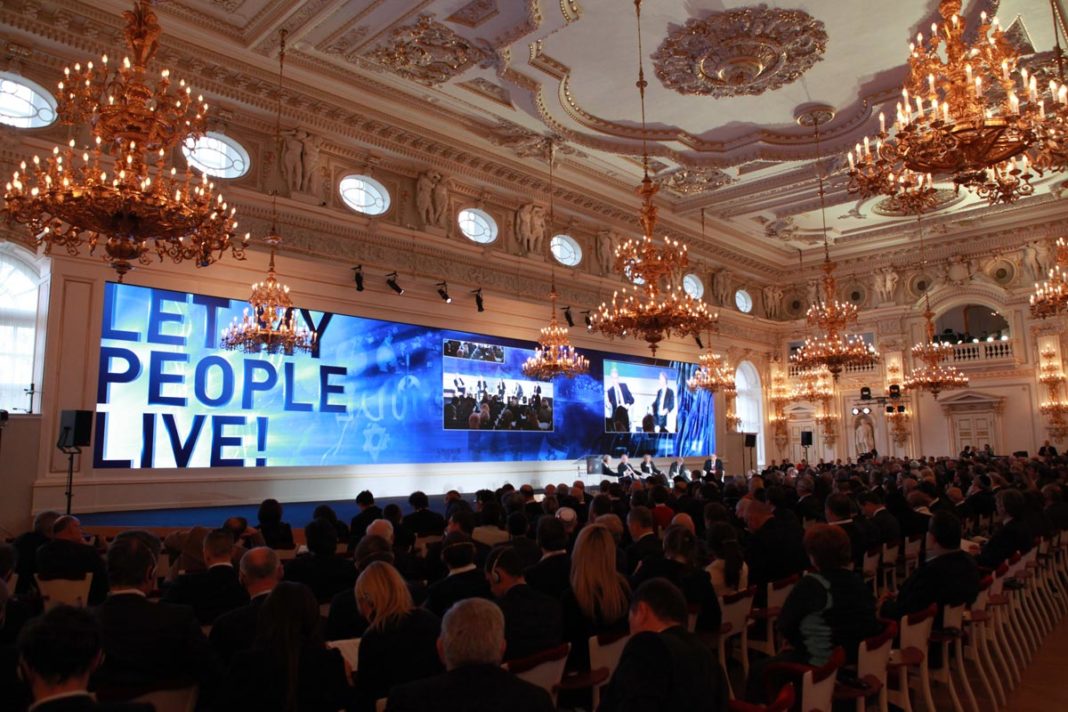 World Holocaust Forum Foundation President Dr. Moshe Kantor: “This event will provide a unique opportunity for world leaders to stand up and declare ‘enough’ to antisemitism”

(Jerusalem, Wednesday,14 August 2019) – Heads of State from Europe, North American and Australia have been invited to attend the Fifth World Holocaust Forum, taking place on 23 January 2020, at Yad Vashem in Jerusalem.

The event, titled “Remembering the Holocaust, Fighting Antisemitism,” is being organized by the World Holocaust Forum Foundation, headed by Dr. Moshe Kantor, in cooperation with Yad Vashem, under the auspices of the President of the State of Israel, H.E. Mr. Reuven “Ruvi” Rivlin.

As the world prepares to mark the 75th anniversary of the liberation of Auschwitz, the message will be clear that antisemitism has no place in our global society.

Founded in 2005 by Dr. Moshe Kantor, President of the European Jewish Congress, the World Holocaust Forum Foundation is an international organization dedicated to preserving the memory of the Holocaust and its important lessons for all of humanity, including fighting rising antisemitism. Past World Holocaust Forum events have taken place at Auschwitz, Babi Yar and Terezin, in cooperation with Yad Vashem, with the highest-level political and diplomatic representation.

The event takes place against the background of the rise in hateful and violent expressions of antisemitism, especially in Europe. Given this alarming situation, efforts to educate about the dangers of antisemitism, racism and xenophobia and foster Holocaust commemoration and research have made this event more crucial and relevant than ever.

“This conference takes place at a very important historical moment – seventy-five years since the liberation of Auschwitz-Birkenau, and with the voices of Holocaust denial and antisemitism once again rising,” President of the State of Israel Reuven “Ruvi” Rivlin said. “We will never support those who falsify the truth or those who try to ensure the Holocaust is forgotten. Not individuals and not organizations; not leaders of political parties and not heads of states.”

“I invited world leaders to join us at this sacred moment of memory and commitment, and I am delighted by the number of responses, that is growing every day. We will make every effort to ensure that the event will be meaningful and will leave a real mark on the struggle against antisemitism and for the education of the next generation.”

“This event is especially important because as the Holocaust recedes further into the past, some of its memory is being forgotten and its lessons are no longer being learned,” World Holocaust Forum Foundation President Dr. Moshe Kantor said. “’Never Again’ is an action plan, one that we must reclaim as a call to protect the future while remembering the past.”

“This event will provide a unique opportunity for world leaders to stand up and declare ‘enough’ to antisemitism, intolerance and racism and stop the hate. The World Holocaust Forum Foundation is uniquely positioned to be able to provide an opportunity for our leaders to turn the knowledge and awareness of the Holocaust into action in a collaborative effort to eradicate antisemitism and all other forms of hatred.”

“The Holocaust, aimed at the total annihilation of all Jews everywhere, and the eradication of their civilization, was fueled by extreme racist antisemitism,” Yad Vashem Chairman Avner Shalev said. “In the aftermath of the Second World War, the international community enacted universal principles and instituted international organizations with the express purpose of averting future crimes against humanity.  The ways in which antisemitism has persisted and proliferated over recent years must be identified, studied and understood. We must all be alert to antisemitism’s current manifestations and remain resolute in combatting it where it appears. It is the responsibility of all humanity, and especially the leaders that will gather here at Yad Vashem, to work to fight antisemitism, racism and xenophobia.”

Additional information and details regarding the World Holocaust Forum will be forthcoming.

Yad Vashem, the World Holocaust Remembrance Center, was established in 1953. Located on Jerusalem’s Mount of Remembrance, it is dedicated to Holocaust commemoration, documentation, research and education. Since its inception, Yad Vashem has committed itself to perpetuating the memory of the Jewish men, women and children who were murdered by Nazi Germany and its collaborators, and to passing on the legacy of the survivors. Its state-of-the-art museums, world-class research and education centers, and expansive archives and libraries provide an unparalleled venue for inter-generational learning and contemplation, reflected also in its comprehensive online resources utilized by millions of people around the globe. Drawing on the memories of the past, Yad Vashem seeks to meaningfully impart the legacy of the Shoah for generations to come.