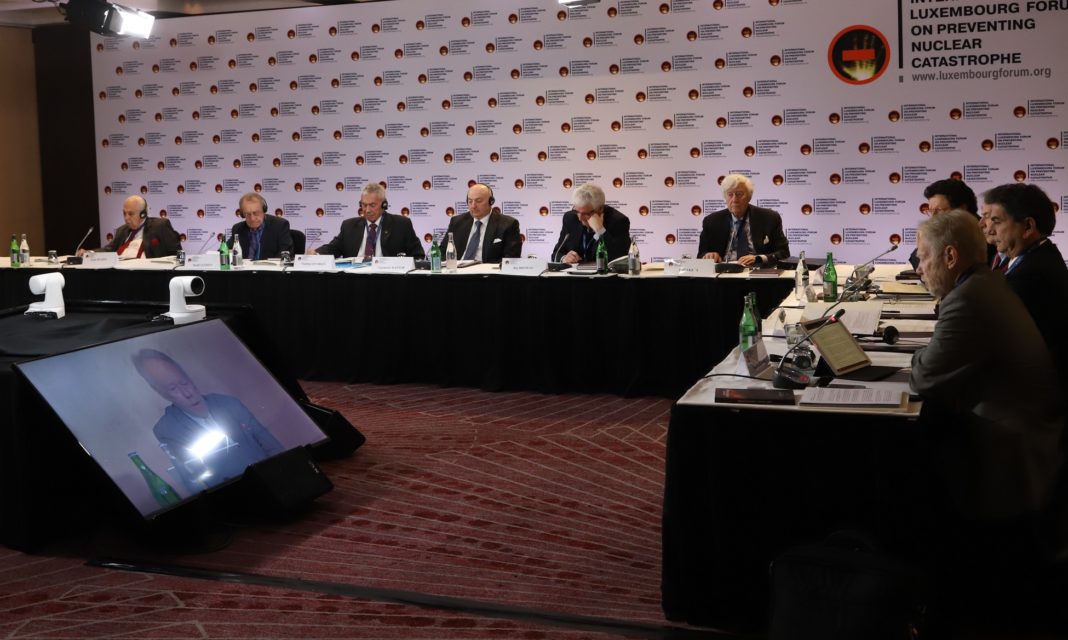 Members of the Supervisory Board of the International Luxembourg Forum discussed the most important issues related to strategic stability and the crisis in arms control and nuclear non-proliferation.

(GENEVA, December 4, 2019) The Supervisory Board of the International Luxembourg Forum on Preventing Nuclear Catastrophe held a meeting in Geneva, bringing together the world’s leading experts and researchers in nuclear security, arms reduction and nuclear non-proliferation to discuss the most critical and pressing issues in international nuclear security.

Members of the Luxembourg Forum Supervisory Board analyzed the status of arms control and non-proliferation efforts, the impact of the current crisis on preserving global strategic stability, and ways to prevent an arms race in the absence of the INF Treaty and maintain control over strategic weapons after 2021. The experts also presented their vision on how to emerge from this crisis, including the renewal of the New START Treaty.

“Today, the threat of a nuclear catastrophe is even greater than during the Cold War,” President of the Luxembourg Forum Viatcheslav Kantor said. “This threat is not that nuclear weapons will be used deliberately, but rather that blundering into a nuclear war is possible due to a human mistake, system error, misunderstanding or miscalculation. The risk is even higher because of new cyber technologies. The degradation of strategic stability in combination with the erosion of key arms control treaties is happening in parallel with building crises and wars across the globe, which may result in uncontrolled escalation”.

At the Luxembourg Forum’s conference in Rome, it was noted that according to the Bulletin of the Atomic Scientists, which publishes their assessment of the likelihood of nuclear conflict using the symbol of an allegorical Doomsday Clock, this clock is set at two minutes to midnight (where midnight represents nuclear catastrophe) for the first time since 1954.

“It goes without saying that the relationship of extreme distrust between the West and Russia could affect the potential for solving the issues under discussion in the most negative way. It is advisable to keep repeating the recommendation to avoid large-scale military exercises and the accumulation of weapons and military equipment at the borders as one of the steps to ease the tensions. The cultivation of remaining contacts between military and diplomatic bodies may contribute to this end,” added Viatcheslav Kantor.

Based on the outcome of the meeting, the Supervisory Board will issue a final declaration containing key conclusions and recommendations on reinforcing the nuclear non-proliferation regime and strengthening international nuclear security measures, which then will be circulated to heads of state, other government officials, and heads of leading international organizations.