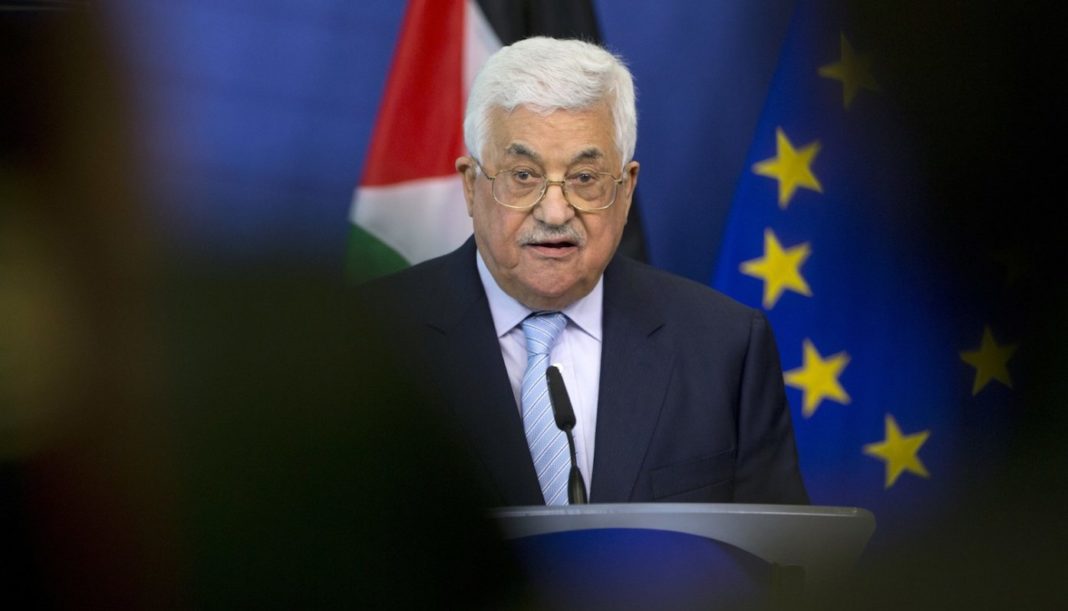 Facebook
Twitter
WhatsApp
Email
Print
VK
Viber
(Brussels, Wednesday, May 2, 2018) – The European Jewish Congress (EJC) has called on European leaders and officials to cease all contact with Palestinian leader Mahmoud Abbas until he apologizes for his outrageous antisemitism and Holocaust denial.
“For far too long European leaders have given Mahmoud Abbas the benefit of the doubt over his repeated incitement against Israel, the Jewish People and his denial of the Holocaust,” Dr. Moshe Kantor, President of the EJC, said. “This must come to an end and he must be treated like any racist or antisemite and contact with him must cease until he apologizes.”
“It is clear what the course of action European leaders would take if this was a neo-Nazi or far-Right leader. The comments and ideology are seemingly identical so the treatment should be the same.”
Abbas, who has faced accusations of antisemitism before, suggested in a rambling address to a rare meeting of the Palestinian National Council on Monday night that the Holocaust was a result of Jews’ “social behavior, [charging interest], and financial matters,” and claimed that European Jews have no ties with Israel and that Hitler struck a deal with Jews.
“This type of language has no place on the street let alone by someone who is considered a leader and a diplomatic interlocutor,” Dr. Kantor continued. “If the European leadership wants to be seen as an honest broker in the peace process and as standing against antisemitism, then it must do more than merely condemn these remarks.”