President of the International Luxembourg Forum Viatcheslav Kantor: “The Global Situation is Becoming Increasingly Fraught, Threatening and Hard to Predict” 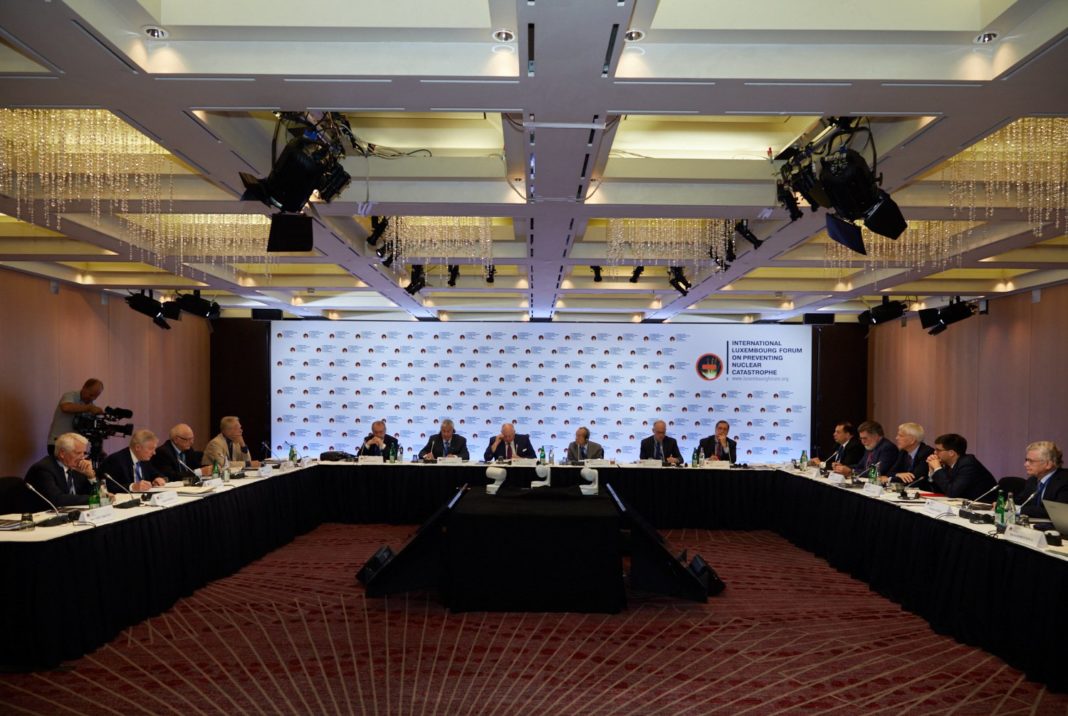 Facebook
Twitter
WhatsApp
Email
Print
VK
Viber
GENEVA, June 11, 2018 // The Nuclear Strategies and Strategic Stability conference, organized by the International Luxembourg Forum on Preventing Nuclear Catastrophe opened in Geneva on June 11, 2018.
Leading experts in nuclear security, arms reduction and nuclear non-proliferation – renowned scientists, historians, political analysts, physicists and engineers from Russia, the United States and other countries, are coming together to discuss the most important and pressing issues of strategic and regional stability.
Luxembourg Forum experts are particularly focused on the dynamics of the strategic relationship between Russia and the United States, arms control, global nuclear weapons proliferation and its consequences for strategic stability, and the two leading nuclear powers’ plans to upgrade their arsenals.
“We have witnessed a heightening of tensions between Russia, the United States and China, and an increase in military confrontation and rivalry in Eastern Europe, the Middle East, the western part of the Pacific Ocean and in the Arctic. The general trend in the political and military affairs that fall within the Luxembourg Forum’s remit is such that the situation is becoming increasingly fraught, threatening and hard to predict,” thinks Dr. Viatcheslav Kantor, President of the Luxembourg Forum.
Dr. Kantor pointed out that nuclear weapons controls continue to weaken and the Treaty on the Elimination of Intermediate-Range and Shorter-Range Missiles is in jeopardy, as Russia and the United States do not appear likely to settle their mutual grievances. Such crucial treaties and agreements as the Comprehensive Nuclear-Test-Ban Treaty, the Fissile Material Cut-off Treaty, agreements on plutonium and the safety and security of nuclear weapons and materials are at a prolonged standstill.
“The strategic arms limitations talks are still on hold, which is unprecedented in almost fifty years. Today, the prospects for a new agreement between Russia and the United States are non-existent. Even a five-year extension of the Prague START Agreement, which is due to expire in 2021, is not being seriously discussed,” added Dr. Kantor.
The conference put special focus on North Korea and Iran, which have recently fueled a new round of international strife.
“It is virtually impossible to predict right now what the prospects for a settlement of the nuclear crisis on the Korean Peninsula will look like following contacts between U.S., South Korean, and Japanese leaders. All that can be done for now is to contemplate various scenarios, which we must examine at this conference,” said the President of the Luxembourg Forum.
“If the Iranian deal breaks down following decisions by the U.S. administration, it would take Iran only a couple of years to build a nuclear warhead for its missiles. Therefore, it would be advisable for the U.S. leadership to soften its policy on the Iranian nuclear deal so as to protect the agreement from the threat of implosion.”
Among other issues, Conference attendees paid special attention to nuclear security and threats of nuclear terrorism, as well as the global security impact of regional situations in China, India, Pakistan, Europe and the Middle East.
Luxembourg Forum experts expressed major concerns regarding the increasing probability of catastrophic nuclear terrorism and the general situation marked by discord and rising animosity in society at large, which is playing into the hands of ultra-leftist, ultra-right and terrorist movements, which, in turn, increases the threat of terror attacks.
The results of the Conference will be summarized in a final declaration in which the Luxembourg Forum experts will set forth their proposals and recommendations addressed to key nuclear organizations and the leaders of major countries on strengthening the nuclear non-proliferation regime and nuclear security.
The event was attended by leading international experts in nuclear security, disarmament and non-proliferation, including Viatcheslav Kantor, Luxembourg Forum President; William Perry, Professor at Stanford University, former US Secretary of Defense, Member of the Supervisory Board of the International Luxembourg Forum; Roald Sagdeev, Member of the Supervisory Board of the International Luxembourg Forum, Professor at the University of Maryland; Director Emeritus, Space Research Institute of the Russian Academy of Sciences (RAS), Academician, RAS; Yury Nazarkin, Professor at the Geneva School of Diplomacy and International Relations, former Representative of the USSR at the Conference on Disarmament, Head of the Soviet delegation at the USSR-US Nuclear and Space Talks (START-1), Deputy Secretary of the Security Council of the Russian Federation; Stephen Flanagan,Senior Political Scientist (RAND Corporation Washington),former Special Assistant to the President and Senior Director for Defense Policy and Strategy at the National Security Council Staff (U.S.); Brad Roberts, Director of the Center for Global Security Research at Lawrence Livermore National Laboratory; Vladimir Dvorkin,Chairman of the Organizing Committee of the International Luxembourg Forum, Principal Researcher at the Primakov National Research Institute of World Economy and International Relations (IMEMO), former Director of the 4th Central Scientific Research Institute, Ministry of Defence of the Russian Federation; Tariq Rauf, Consulting Advisor for Policy and Outreach, Office of Executive Secretary, Comprehensive Nuclear-Test-Ban Treaty Organization (CTBTO); Principal, Global Nuclear Solutions.
* * *
The International Luxembourg Forum on Preventing Nuclear Catastrophe was established pursuant to a decision of the International Conference on Preventing Nuclear Catastrophe, held in Luxembourg on May 24-25, 2007. It is one of the major non-governmental organizations bringing together leading international experts in non-proliferation of nuclear weapons, arms reduction and limitation.
The Forum’s priorities are:
• To facilitate the process of arms limitation and reduction and counteract growing threats to the nuclear non-proliferation regime and erosion of the Non-Proliferation Treaty (NPT), including the escalating danger of nuclear terrorism and attempts by certain states to gain access to nuclear materials and technologies;
• To promote international peace and security through new approaches and to provide decision-makers with practical solutions to critical issues of non-proliferation and arms control.
In 2018, the Luxembourg Forum celebrated its 10th anniversary. Since its inception ten years ago, the Luxembourg Forum has held 26 conferences, seminars and workshops in Moscow, Washington, D.C., Luxembourg, Berlin, Rome, Vienna, Paris, Prague, Geneva, Warsaw, Stockholm and other cities.