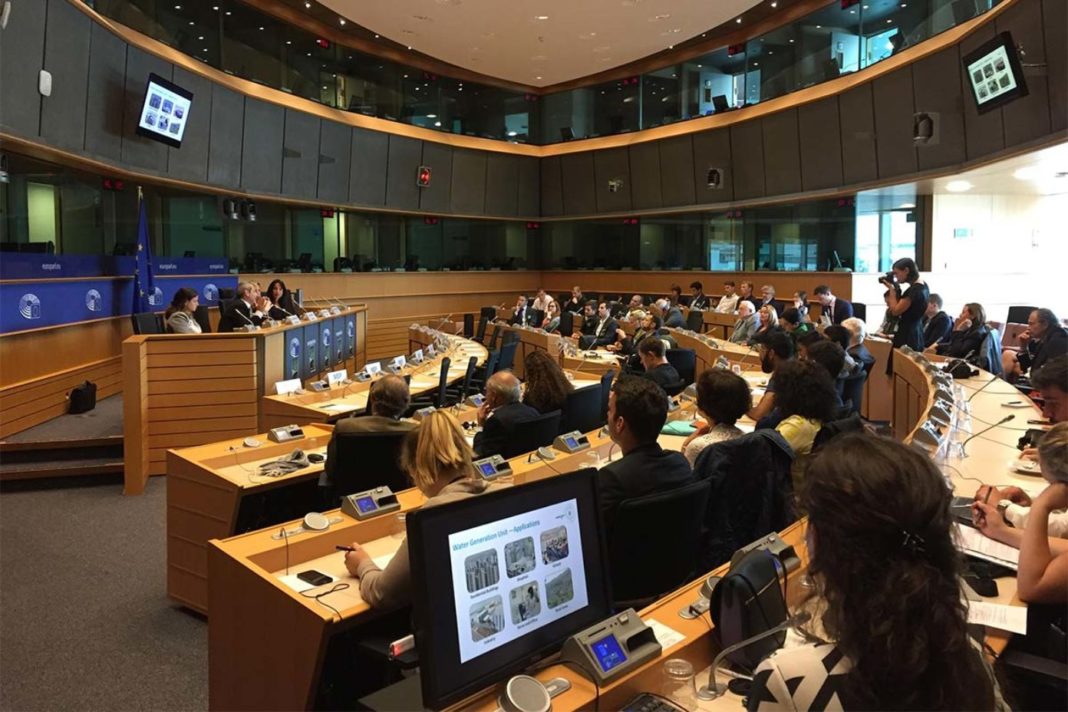 (Brussels, Wednesday,7th June 2017) – Today, the European Parliament held the ‘Innovation across borders’ conference hosted by MEP Frédérique Ries in partnership with the European Jewish Congress (EJC). The aim of the conference is to highlight Israel’s great contribution to innovation and technology, which helps countless millions of people around the world.

“Cooperation between Israel and the EU, which began in 1996 and continues today, shows just how beneficial this relationship can be,” said MEP Ries. “Over 3,000 projects submitted by Israeli entities were approved by EU programmes, involving 4,435 participants. Of these, 2,450 were academic researchers, 1,270 were industrial researchers, and 715 researchers from other sectors.”

“Because of these programmes, Israeli and EU scientists have worked together on many challenges ranging from child tumours, smart irrigation to robotics and education science. As a result, pushing further the frontiers of knowledge and contributing to the well-being of our citizens here in Europe and beyond Israeli borders. But we can go even further.” Ries added.

Two innovative projects with already immense contribution to the world in the fields of water supply and cybersecurity were presented.

In a conversational format, MEP Frédérique Ries discussed with Arye Kohavi, Founder and Co-CEO of WaterGen, and Irene Abezgauz, Co-Founder & VP Product of Cymmetria about the social impact and the benefits of their technologies not only for Europe but worldwide.

“Israel is a Silicon Valley on Europe’s doorstep, a country whose innovative resources are truly remarkable – and beneficial for Europe and the rest of the world,” EJC Executive Vice-President Raya Kalenova said. “Both initiatives that were debated today are excellent examples of this reality.”

Arye Kohavi presented the devise he created in order to extract drinkable water out of air and how this could bring hope for the 780 million people living in those countries that have difficulty in providing water for their population, due to drought, poor infrastructure and strong demand for farming. This new technology could also help to address the challenges related to climate change.

After the recent world cyber-attacks, Irene Abezgauz demonstrated with concrete examples how to shift the balance of power to the defender’s side, which means ‘hack the hackers’ and intercept attackers during the reconnaissance phase, reveal them and confiscate their tools. Her innovative technology has benefited from EU funding through the Horizon 2020 programme.

“Many devices that are key to European citizens’ health and well-being as well as to Europe’s economy, were in fact originally invented in Israel and most of the time, it is unknown to the general public,” Kalenova continued. “Through the EU supporting cooperation with Israel, encouraging collaboration among scientists, many of our society’s challenges can be addressed. And as they do, they will help promote greater understanding between our two societies and greater tolerance and even reconciliation among peoples. “