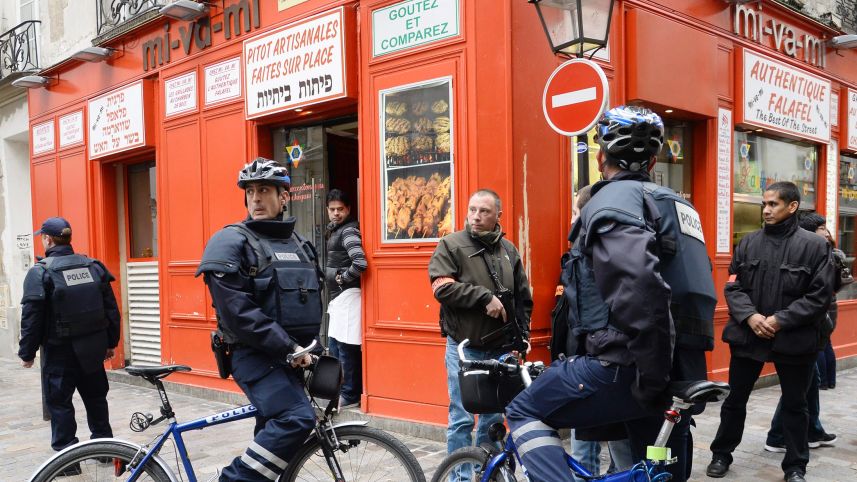 Facebook
Twitter
WhatsApp
Email
Print
VK
Viber
(Brussels, Monday, September 11, 2017) – The European Jewish Congress (EJC) has called for stronger measures to be taken by French authorities in the wake of an attack on a French Jewish leader and his family who were assaulted in their home near Paris in an anti-Semitic attack. The attack took place just days after it was reported that a former principal at a preparatory school for teenagers in Marseille said that he regularly advised Jews not to attend his institution for fear of harassment by other students.
“Unfortunately, we see these two incidents, and many others, as intertwined, where parts of French society are becoming increasingly anti-Semitic on the one hand, and this hate towards Jews is being accepted and tolerated by other parts,” Dr. Moshe Kantor, President of the EJC, said. “We call on French authorities to firmly root out societal Antisemitism and its passive acceptance.”
Over the last couple of years, since the Hypercacher attack in January 2016 which left four dead, many French Jews have felt increasingly insecure and thousands have emigrated.
“We appreciated the important words of the French Government in trying to make Jews feel safe in their country,” Kantor continued. “However, it doesn’t appear that much has changed on the ground for French Jews who are still regularly attacked.”
“If in a society where free education as a basic right for all citizens is being denied some Jews because of safety matters it is clear that the central principals of the Republic is failing them.”