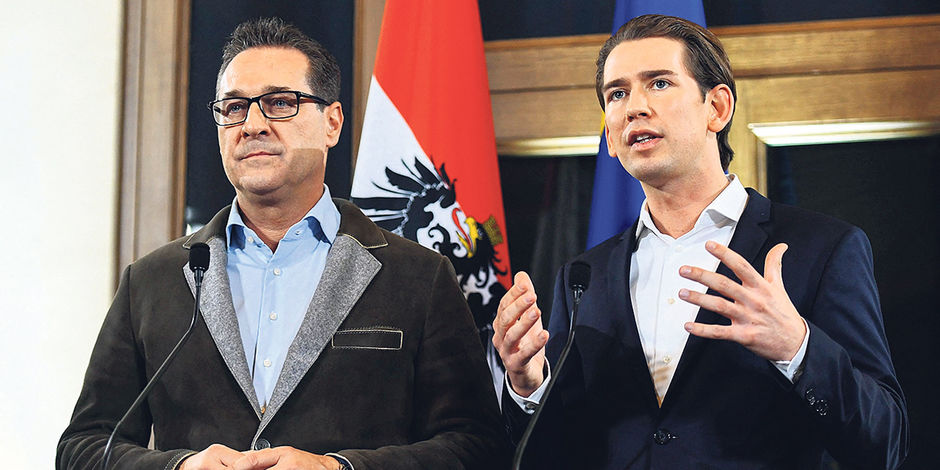 Facebook
Twitter
WhatsApp
Email
Print
VK
Viber
(Monday, December 18, 2017) – The European Jewish Congress (EJC) has expressed grave concern over reports that The Freedom Party (FPÖ) – led by Heinz-Christian Strache – has agreed to enter into an Austrian government coalition with Chancellor Sebastian Kurz’s centre-right People’s Party.
“The FPÖ has a long history of antisemitism and xenophobia and we are concerned about the fact that they will control government ministries in the new Austrian Government,” Dr. Moshe Kantor, President of the EJC, said. “However, we hope that rather than as expected, that the Freedom Party will have a problematic influence on the direction of the government led by the People’s Party, the Chancellor and his party will be able to discipline the intolerant elements within the FPÖ.”
“The Freedom Party has tried to correct these elements of its past and ideology and now we need to see concrete steps to show that these are not publicity stunts or they will remain outside of the pale for the Jewish community. The Freedom Party can not use the Jewish community as a fig leaf and must show tolerance and acceptance towards all communities and minorities.”