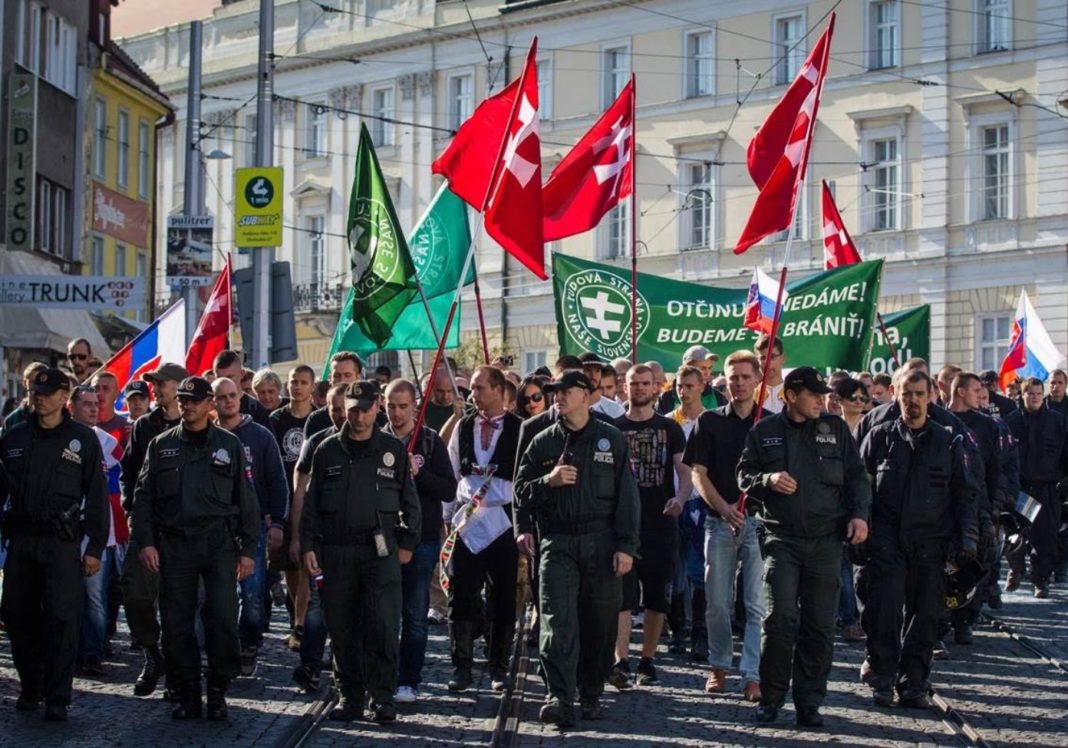 European Jewish Congress President Dr. Moshe Kantor has expressed alarm and concern after the latest neo-Nazi party made gains in a European national parliamentary election. A Neo-Nazi party named ‘Our Slovakia’ has gained 14 parliamentary seats in Slovakia’s elections, taking its place at the National Council for the first time. The far right extremists scored 8 percent in an election that failed to produce a majority result.

“Once again we see hate-groups disguised as democratic parties enter European national parliaments,” Dr. Kantor said. “This is an extremely worrying trend and something that all moderate parties and politicians from the Left and Right should work against.”

“There should be clear red lines placed on their full participation in the parliamentary process, chairing committees or entering coalitions.” Kantor continued.
Our Slovakia is the latest neo-Nazi party to make gains in a European national election after Svoboda in Ukraine and Golden Dawn in Greece, as well as gains made at the European and municipal level by other far-Right parties.