During meeting with Sweden’s Prime Minister, EJC President Kantor calls for a prioritization of the fight against Anti-Semitism 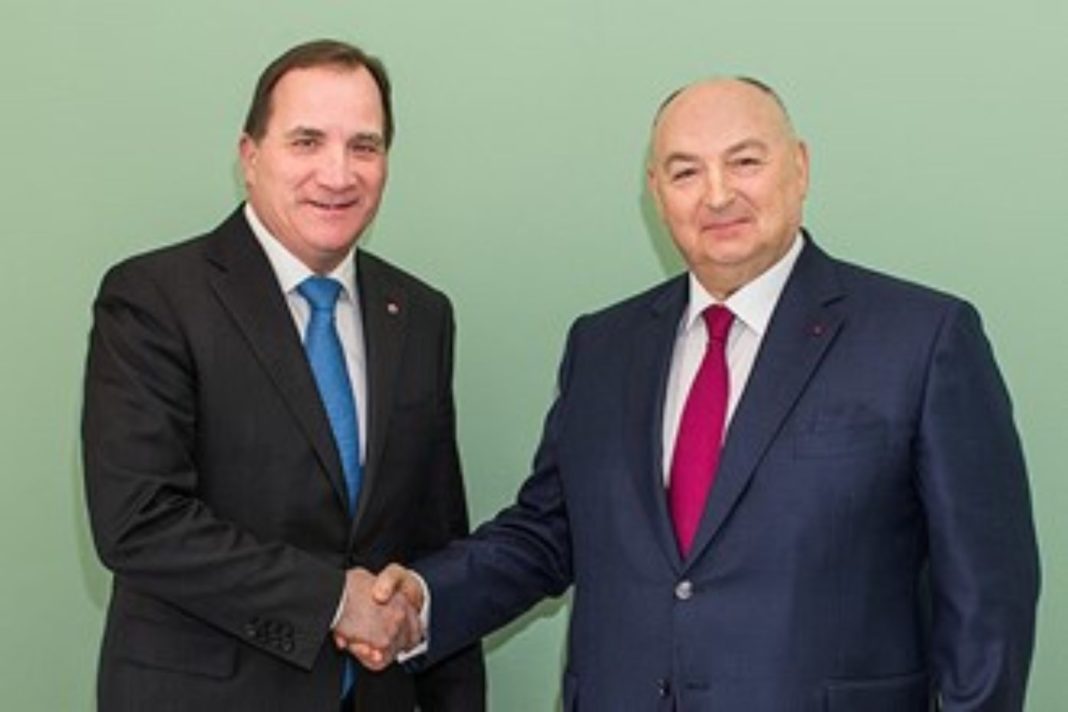 (Tuesday, May 3, 2016) – Today, President of the European Jewish Congress (EJC) Dr. Moshe Kantor met with Sweden’s Prime Minister Stefan Löfven in Stockholm, were they discussed many issues of shared concern, including the battle against anti-Semitism.

“Anti-Semitism remains a significant problem in Sweden. In Malmo, and other parts of the country, Jews can not be publicly identified without harassment and abuse,” Dr. Kantor said. “We still hear of many Jews leaving Sweden or seriously considering their future.”

“The recent refugee issue has brought to the fore a significant amount of hatred and bigotry. Some of the newcomers have brought their hatreds with them and many are experiencing bigotry and racism from Swedes. However, because of this, it seems that there is an attempt to accommodate them, even sometimes at the expense of relations and even the security of the Jewish community.” Kantor continued.

Dr. Kantor provided many recent examples of public figures in Sweden who have expressed problematic views on Jews and have faced little sanction, although he did express satisfaction with the resignation of former Housing Minister Mehmet Kaplan for his comparison of Israel to the Nazis and his ties to ultranationalists.

“Despite more Muslims coming to Sweden and more Jews fleeing Sweden — or perhaps because of it — the majority of the anti-racism activists in Sweden consider “Islamophobia” the far more serious problem,” Dr. Kantor continued. “Anti-Semitism is almost not seen as an equal bigotry, when the fight against it should be prioritized.”

“All of this, and much more, is ensuring that Sweden’s Jews do not feel safe, and even worse, they do not feel that the abuse aimed at them is taken seriously, or sometimes is ignored completely. Jews have become the victims of a new political correctness.”

The discussion also focused on the issue of immigrants and refugees and the attempts to integrate them into society.

“As Europeans we should be greatly sensitive to the suffering of others, especially those who are running away from oppression, but we can not afford to import those conflicts and the mindset of hatred which sometimes created them, onto the European continent,” Dr. Kantor said. “We should send a very strong message that those who want to call Europe home, can not just be given a housing and care but also they must instill our values, especially that of tolerance.”

“The Jews are a great example of a people who also ran away from oppression and destruction but always became extremely loyal citizens regardless of where we lived and this should be the model.”
The EJC welcomes the recent government initiative to support the security work of religious communities, like the Jewish community, Dr. Kantor told Prime Minister Löfven.