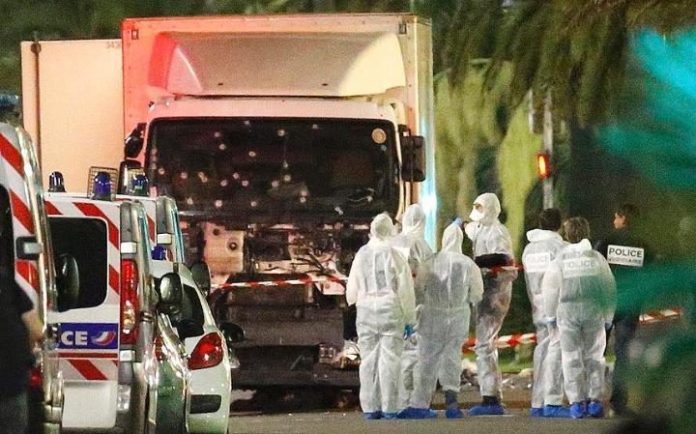 The European Jewish Congress (EJC) expresses its outrage and sadness as well as our deep solidarity with the people of France after last night’s terror attack in Nice on people celebrating Bastille Day. A driver rammed his truck into a crowd of people killing at least 80 people.

“It is difficult to express our pain and sadness after yet another terror attack on France,” Dr. Moshe Kantor, President of the EJC, said. “At this time it is vital that we remain resolute in our unity to defeat this scourge of terrorism, because we know it will not falter, nor desist, from its murderous ideology.”
“Together, we stand with President Hollande, the French Government and all the people of France as they mourn their loved ones and tend to their injured after yet another senseless attack on those celebrating on the Promenade des Anglais.”