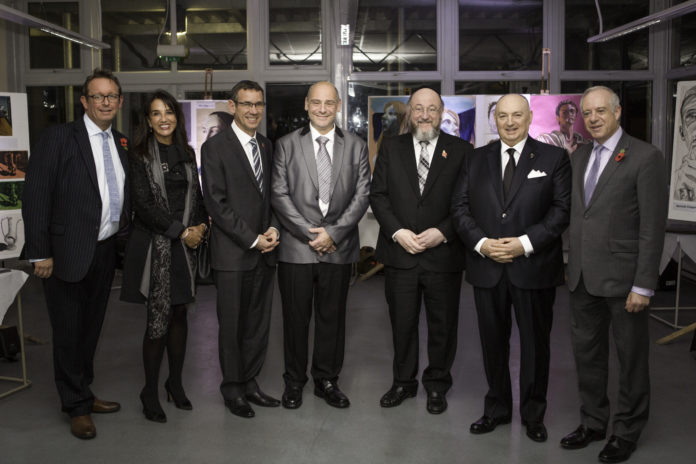 (London, Wednesday, 9 November 2016) – The Kantor King Solomon High School, a 940-pupil voluntary aided Jewish comprehensive in North East London was formally renamed at a special ceremony today. Opened in 1993, the school is Modern Orthodox but it provides places for children from all faiths.

At the naming ceremony, Dr Moshe Kantor, President of the European Jewish Congress, in whose honour the school is now named, spoke about the importance of “proper education for surviving and development, because of its unbreakable link to wisdom and also vice versa.”

“Education is not just about knowledge and academic attainment,” Dr Kantor said. “It is about something deeper, more profound – it is about helping shape individuals who can be both proud of their culture, and their identity, while being comfortable operating and contributing to a diverse society like Britain.”

“The Kantor King Solomon School seeks to prepare pupils for life in Britain’s modern, liberal democracy. The key to doing so lies in the promotion of tolerance.”

A donation by Dr Moshe Kantor has helped to secure the future of Jewish education in East London and Essex.

“Dr Kantor’s involvement will enable the school to continue on its journey of improving the educational opportunities for children in East London and South Essex and provide a first class Jewish education for future generations,” Headmaster Matthew Slater said. “The interest and the support he has shown in our school has given the entire community a boost in confidence.”

The president of the European Jewish Congress, Dr Kantor has been a vocal campaigner against racism and antisemitism, and has called for the introduction of mandatory lessons around Europe teaching tolerance and understanding of Western liberal values. He has previously invested in the Wohl Ilford Primary School, which shares Kantor King Solomon’s campus.

Amid an acute shortage of Jewish school places in London, his sponsorship over two years has enabled the Ilford school to make significant improvements, including expanding its Jewish studies department and provide every sixth form student with a laptop. Dr Kantor’s passion for art has also inspired plans to hold an annual art exhibition of pupils’ work.
This year the school has achieved the best GCSE results in its history, and was recognised in the top 150 schools in England for GCSE progress. Other benefactors of the school include Lord Alan Sugar, its honorary life president.