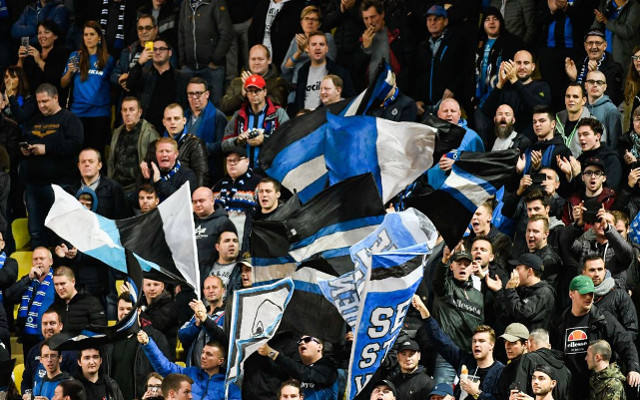 (Brussels, Thursday, December 20, 2018) – The European Jewish Congress (EJC) calls on football authorities to enact stricter measures and harsher punishments against football fans who engage in antisemitic abuse after supporters of the Belgian team Club Brugge were recorded singing a song about burning Jews. The supporters sang “My father was part of a commando, my mother was in the SS, together they burned Jews because Jews burn the best.”

“It is extremely disturbing that in the 21st Century Europeans sing proudly about murdering Jews and glorifying the Nazis,” Dr. Moshe Kantor, President of the EJC, said. “Unfortunately, antisemitism in football is getting worse and these hooligans believe they can get away with whatever they like when they go to a football match.”

“We call on all the football authorities, from FIFA, UEFA, and the national football federations around the world to take stricter measures against this antisemitic abuse and use harsher punishments.”

This latest event comes days after supporters of British football club Chelsea were condemned by their own club for antisemitic chants at a match in Budapest for Europa League, and after three of their supporters were detained by transport police after reports of anti-Semitic chanting on a train following the Premier League match between Brighton & Hove Albion and Chelsea on Sunday.

“While all racism and prejudice should be stamped out in football and sport, antisemitic chants seem to have a particularly violent and even genocidal nature to them so should be taken extremely seriously,” Dr. Kantor continued. “When people chant about gassing and burning Jews they should be charged under incitement to violence charges and no longer detained for a short while or merely banned from attending matches.”

Earlier this year, the European Parliament Working Group on Antisemitism (WGAS), for which the EJC acts as Secretariat and as Member of its Advisory Board, ran the campaign #NotInMyGame, in order to send a strong message against hatred and discrimination in sports to all Europeans. In this context, the EJC called for actions beyond words and empty promises.”