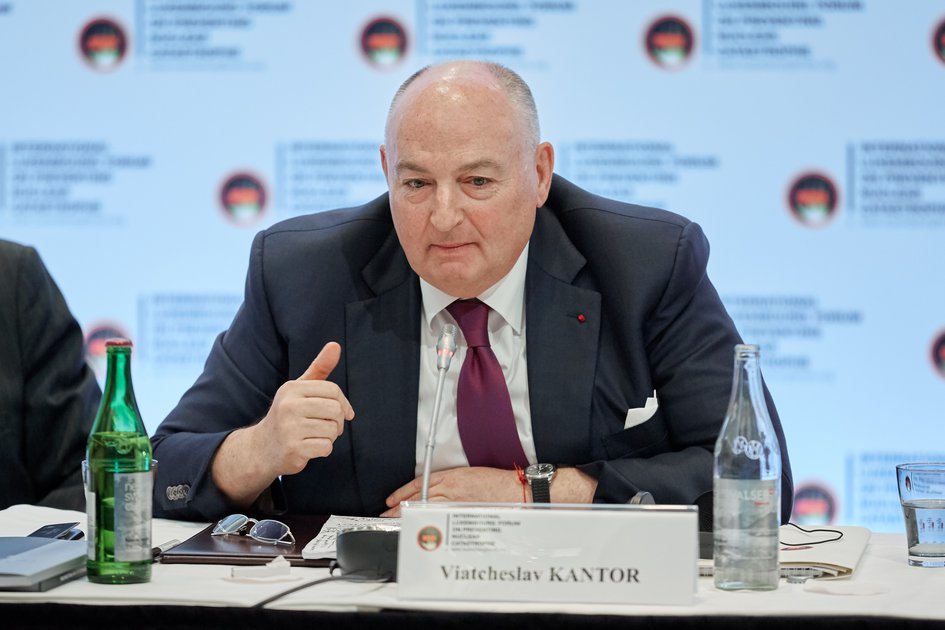 I’d like to thank you all for making it to Geneva at this time of insecurity to attend our annual conference.

This meeting, which we planned with the leading experts of the Advisory Council, is primarily intended as an opportunity for deeper scientific analysis of the state of strategic and regional stability in the world. This will require us to look a bit beyond the current, unprecedented turbulence of political and military relations between major coalitions and states. In other words, this means trying to rise above the tussle, to identify some regular patterns in a rapidly changing context which, despite a few seemingly positive, local developments, is becoming increasingly tense and menacing.

Of course, scientific analysis has always been part and parcel of the Luxembourg Forum. The Forum’s experts are distinguished scholars: historians, political scientists, physicians, nuclear physicists, engineers. At the same time, we are all human beings, who react strongly to events as they occur in real time, as our regular annual conferences show. In our conference’s declarations and proposals, we recommend, in response to current events relevant to our field of study, specific steps for strengthening the nuclear non-proliferation regime, reducing nuclear weapons, solving regional nuclear crises and other suchlike issues. To lock ourselves up, as the saying goes, in an ivory tower of thinkers and philosophers and not react to current events, is something we cannot do.

Perhaps, with this impending chaos, as some have described it, what is needed for an objective analysis of the causes behind the current, far-reaching changes and disagreements between America, Europe, Russia, the Asia-Pacific region and South Asia in the political, economic and military fields, is an ingenious researcher-philosopher who will see some logic and find the key to survival and sustainable development. But this will take time.

Time, however, is something we do not have. Since holding the Luxembourg Forum’s previous, anniversary conference (in October, 2017), we have witnessed a heightening of tensions between Russia, the United States and China, and an increase in military confrontation and rivalry in Eastern Europe, the Middle East, in the Western part of the Pacific Ocean and in the Arctic.

The general trend in the political and military affairs that fall within the Luxembourg Forum’s remit is such that the situation is becoming increasingly fraught, threatening and hard to predict.

The nuclear weapons control regimes continue to weaken. The Intermediate-Range Nuclear Forces Treaty is in jeopardy, as Russia and the United States do not appear likely to settle their mutual grievances. The Strategic Arms Limitations Talks are still on hold, which is unprecedented in almost fifty years. Today the prospects for a new agreement between Russia and USA are non-existent. Even a 5-year extension of the Prague START agreement, which is due to expire in 2021, is not being seriously discussed.

A new problem is the USA’s withdrawal from the nuclear agreement with Iran. Our experts have aptly spelt out a whole range of flaws in the Joint Comprehensive Plan of Action (JCPoA), which was unanimously endorsed by the UN Security Council on July 20th, 2015 and is intended to last 10 years. It includes a 15-year obligation for Teheran to possess no more than 300 kg of uranium enriched up to 3,67% and to not produce highly enriched uranium or weapons-grade plutonium, amongst other things. But in 10 years’ time, unless there is another agreement, Iran could, as far as is known, create its first nuclear weapon in one or two years. The JCPoA does not prohibit further development of long-range ballistic missiles, which could threaten European and other countries’ territory.

Those involved in the painstaking negotiations with Iran, which lasted 11 years, understood all this. They also understood that this deal was the best possible result they could achieve, given that without it Tehran might already have built nuclear weapons by now.

But if the deal breaks down following the decisions of the US administration, it would take Iran only a couple of years to build a nuclear warhead for its missiles. In this regard, information asserting that Teheran hoodwinked everyone by claiming that it was not developing nuclear weapons brings no fresh news. What matters is that now all Iran’s actual actions are verified by IAEA staff, according to whom the terms of the nuclear agreement are being fully met.

But one thing is very important. It is quite understandable that US attitude to Iranian deal triggers the process, absolutely new process, of preparation of absolutely new treaty, which will include delivery means of nuclear and non-nuclear warheads. This is possible positive result. Talks with Iran will again be extremely difficult, but we do not have any other alternative.

It is virtually impossible to predict right now what the prospects for a settlement of the nuclear crisis on the Korean peninsula will look like following contacts between the US, South Korean, and Japanese leaders; tomorrow we’ll the result of the meeting between US and Northern Korea leadership.  All that can be done for now is to check various scenarios, which we must examine at this conference.

Crucial agreements such as the Comprehensive Nuclear-Test-Ban Treaty, The Fissile Material Cut-Off Treaty, agreements on plutonium, on the safety and security of nuclear weapons and nuclear material are at a prolonged standstill.

Meanwhile, the USA and Russia are planning and carrying out a full-scale modernization of their strategic nuclear forces, enhancing their effectiveness in all the various ways in which they can be deployed in combat.

All that I have just mentioned is having a very damaging effect on the principles of strategic and regional stability and on the nuclear non-proliferation regime, which are both receding into the background, if not further, as leading states try to address new, global issues of contention between themselves. Nor are there any opportunities for renewed joint efforts aimed at curbing the threat of catastrophic nuclear terrorism. This threat has grown significantly as a consequence of there being more nuclear countries and of efforts to safeguard nuclear materials having been reduced.

This is constantly being recalled by well-known international political figures, scientists and experts, including by Will Perry, a member of our Supervisory Board, and General Eugene Habiger and his fellow American and Russian generals in the framework the “Elba” group’s regular meetings.

They insist that the question is not whether such a terrorist attack will occur, but rather when. And surely there is no need to wait for such a nuclear attack with all its catastrophic consequences to actually happen in order to understand this threat!

Especially given the fact that the general situation, which, for a number of reasons, is marked by discord and rising animosity in society at large, is playing into the hands of ultra-leftist, ultra-right and terrorist movements, which in turn increases the threat of terror attacks.

Therefore, one of our tasks must be to try and convince political leaders as soon as possible of the need to work together, despite all their disagreements, in order to prevent such a catastrophe.

I have already mentioned the usefulness of picking out some general and regular patterns connected to the dynamics unfolding in our sphere of interest. We have in fact already formulated some conclusions and proposals. On the role of sanctions in solving the Iranian and North Korean nuclear crises. It appears that it was precisely the progressive stiffening of sanctions by the UN Security Council and individual states that proved the most pivotal in bringing about a nuclear agreement with Iran and making Kim Jong Un first to a “sporting reconciliation” and then to state-level meetings.

I would just point out that even before, the Luxembourg Forum’s declarations already made the case that during such crises diplomatic efforts must be made in parallel to a full-scale sanctions regime. This can be understood as our general conclusion and recommendation as to what should be done in the event of other, similar situations occurring.

Another result of our collaboration with other international organizations is the elaboration of a set of criteria for analysing developments in the field of nuclear energy in states suspected of intending to create a nuclear weapon. These criteria allow IAEA staff to perform more detailed verifications right up to up to what is considered to be a red line, beyond which the threat posed to the Treaty on the Non-Proliferation of Nuclear Weapons would warrant immediate intervention.

There are other generally applicable findings that, I hope, will be discussed during this conference.

Allow me to wish us all further achievements in addressing the critical issues of preserving strategic and regional stability.

Our proposals and recommendations to key international organizations and the leaders of major States on how to enhance the nuclear non-proliferation regime in order to strengthen nuclear security and avert catastrophic consequences will, as always, be prepared in the conference’s Final Declaration.

Thank you very much for your attention.